In a quarter defined by difficult business conditions wrought by the global coronavirus pandemic, Molson Coors Beverage Company today reported second-quarter net sales revenue of $2.5 billion, down 15.1% from the year-ago quarter, and off 14.3% on a constant currency basis.

The company had net income of $195 million on a reported basis, or $1.55 per share on an underlying basis, in the second quarter, ahead of Wall Street’s consensus.*

Molson Coors CEO Gavin Hattersley said in a call with analysts that the company continues “to navigate the coronavirus effectively today, while simultaneously working to position our business to succeed in the longer term.

“Last quarter we told you that our overarching focus as the whole world deals with the coronavirus pandemic was centered on two objectives: navigating the short term to protect our employees and to mitigate short-term business challenges of the coronavirus, and positioning our business for long-term success. That’s just what we’ve done,” Hattersley said.

“Through sound management and incredible work by our teams, we had a strong second quarter executing well against these two objectives and beating expectations for both top- and bottom-line performance in the second quarter,” he said. “We did it while delivering an improved cash position and preserving the biggest firepower in our marketing budgets so they can be ramped up in the back half of the year when we expect they will be most effective."

The company said it intends to increase marketing spend in North America in the third and fourth quarters, supporting successful new launches in the U.S. such as Vizzy, which despite not launching nationally until April is the No. 3 hard seltzer in a number of markets and is outperforming Bud Light Seltzer in repeat purchase rates; and Blue Moon LightSky, the top-selling new beer of 2020 that ranks among the top three growth brands in the entire craft segment, according to Nielsen data. Molson Coors also plans to invest heavily behind its forthcoming Coors Seltzer, which is slated to launch in the coming weeks into the fast-growing U.S. hard seltzer segment.

The company said it plans to continue to spend behind its core premium lights, Miller Lite and Coors Light, the latter of which achieved “its highest segment share ever in the U.S.” this year, Hattersley said.

In Canada, Hattersley highlighted successes in the company’s beyond-beer innovation portfolio, with brands such as Aquarelle, AriZona Hard Green Tea and Vyne off to strong starts. Its Truss Canada joint venture also shipped its first products to market, “and we are very encouraged by the consumer reception,” Hattersley said.

And in Europe, the company became an early entrant into the hard seltzer space by signing an exclusive agreement with British hard-seltzer maker Bodega Bay and extended its beyond-beer portfolio by partnering with Miami Cocktail Company to distribute its growing brands in the United Kingdom and Ireland.

“Even in the midst of such uncertainty brought on by the coronavirus pandemic, based on what we have seen and what we have done, we intend to maintain the strength of our iconic core brands, grow our above premium business and expand beyond the beer aisle,” Hattersley said.

Molson Coors said it expects depressed on-premise sales — those in bars, pubs, taverns and restaurants — to continue, based on the current spread of the virus, rendering the market uncertain and unpredictable. On top of that, with volume shifting into the off-premise channel — which includes liquor, grocery and convenience stores — the company’s supply chain has been strained, leading to shortages in aluminum cans and paperboard packaging materials.

While the company has been producing and shipping canned beer at significantly higher rates than in recent years, it hasn’t been enough to meet historically high orders. And although Molson Coors has been working with suppliers to access additional paperboard and source additional cans from countries around the world to help meet demand, certain can supplies remain tight, Hattersley said. Nonetheless, “we are seeing the situation begin to improve with respect to 12-ounce industry standard cans … and are also making progress in securing more paperboard.”

Despite these obstacles, Hattersley indicated that, Molson Coors is forging ahead with investments to position the company for the long-term.

Hattersley pointed to the multimillion-dollar investment the company is pouring into its Fort Worth brewery, which includes the installation of a new canning line completed earlier this year and a state-of-the-art filtration system expected to be finished in the fall. Those upgrades are designed to quintuple its U.S. seltzer production capacity, paving the way for growth of beyond-beer products like Vizzy and Coors Seltzer.

The company also said it closed its acquisition of Atwater Brewery, which was announced in January. The craft brewer gives Molson Coors a foothold in the craft industry in the eastern part of the Midwest.

Hattersley also said the company this year upped its number of alliances with pro baseball teams to 15 and inked a deal to become an official partner of the Las Vegas Raiders football team.

On top of those investments in the future, “our brands will have additional marketing support in the months ahead,” Hattersley said. 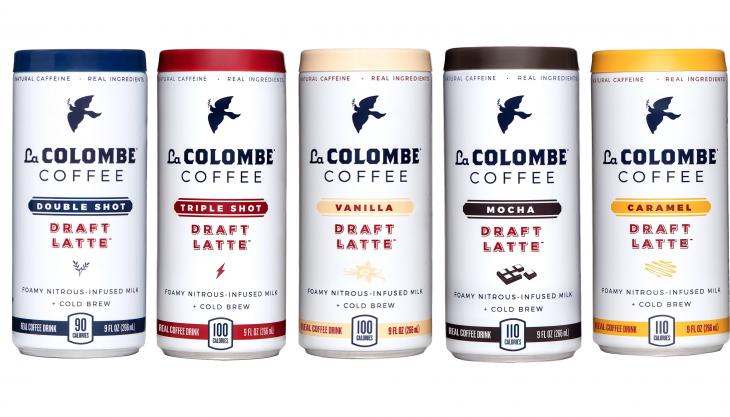