The team at Terrapin Beer Co. knew they wanted to make an imperial IPA.

As an IPA-forward craft brewery, an imperial IPA would round out its diverse portfolio. But the brewers also knew it would stand out against its roster of IPAs sold in 16-ounce cans, and not in a good way. The solution? The 19.2-ounce can, a format that is gaining popularity across the beer industry.

“We knew we were going to do an imperial IPA, and it would be a higher-priced beer just because of the materials. So it gave us a chance to put it in a different single-serve pack that wouldn’t be priced with our 16-ounce cans,” says Brian Sykes, vice president of sales and marketing for Terrapin, part of Tenth & Blake, Molson Coors Beverage Company’s U.S. craft arm. 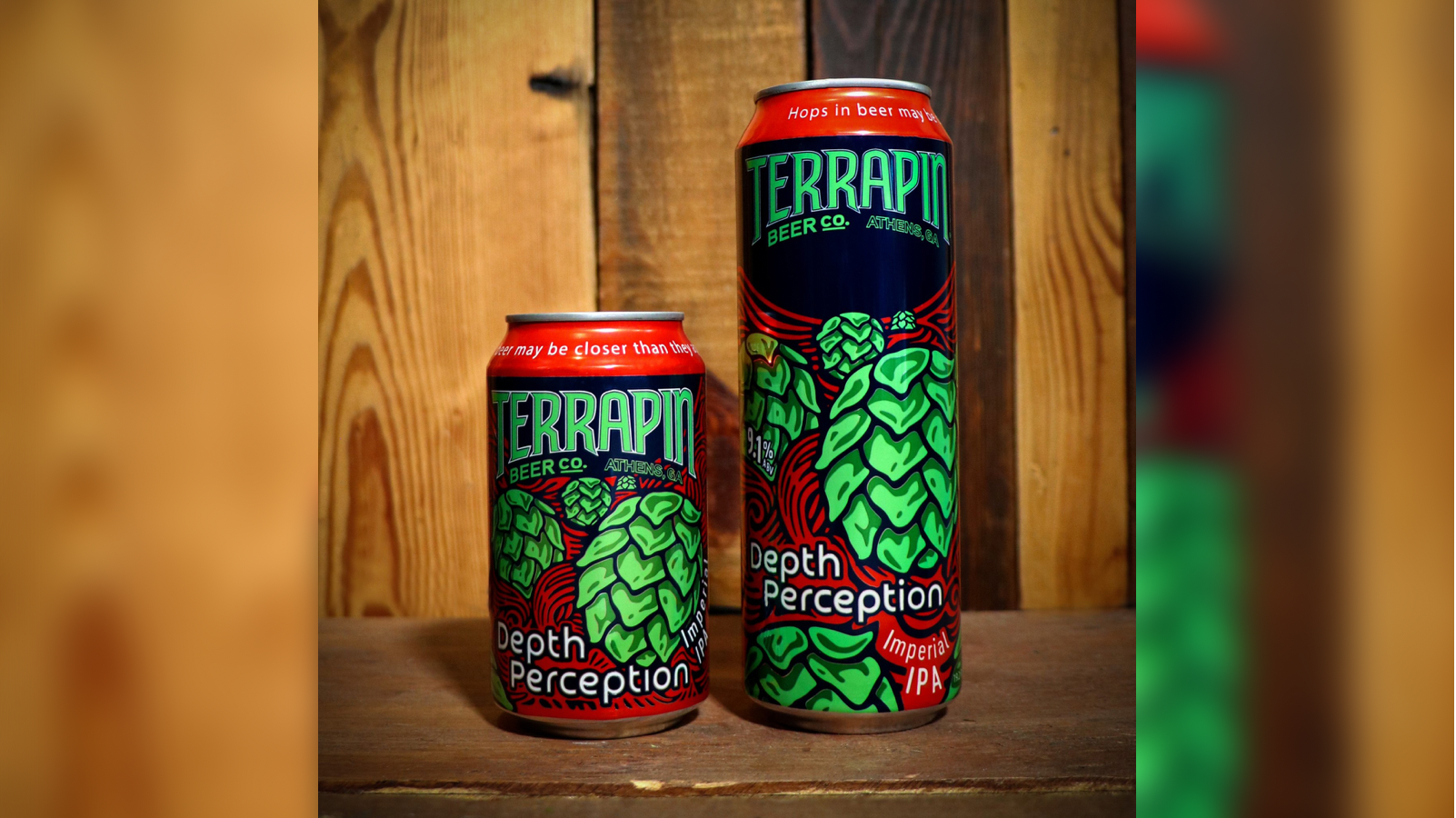 When the 9.1% alcohol-by-volume Depth Perception hits shelves this month, it will compete in a fast-growing format that’s been popularized by high-gravity IPAs, like New Belgium Brewing’s Voodoo Ranger and Sierra Nevada’s Hazy Little Thing series. Molson Coors’ Hop Valley Brewing also is getting in on the 19.2 trend, recently introducing 19.2s of its Cryo Stash Imperial IPA and Bubble Stash IPA nationally.

IPA, craft’s most popular style, thrives in the format.

The emerging package format has proved popular at fairs, festivals and events, as well as at grocery and  convenience stores, where drinkers often stop for a beer or two on their way home from work.

The format has grown as craft brewers have moved away from the 22-ounce bomber bottles in favor of lighter, more portable and cheaper cans. That’s translated to more display space in retail – and more dollars flowing, says Todd Mattson, a Vancouver, Wash.-based national chain sales executive for Molson Coors who works with 7-Eleven.

“You can fit 10 wide on a shelf in a C-store. You’ve got a breadth of selection, and less dead merchandise space” than with slotting 22-ounce bottles, he says.

Once a skeptic of 19.2s, Mattson says the numbers speak to the importance of the format. He analyzed one chain in Oregon that saw stovepipes rise to 20% of its single-format sales – almost overnight.

Not only do consumers get more beer per serving, but 19.2s can be a profitable play for retailers. Selling for less than $5, “the price point works” for both retailers and consumers, he says. Not only that, but retailers can offer a variety of brands on limited shelf space, he says.

As the format becomes a more important piece of the craft puzzle, breweries like Hop Valley are seeing consumers reach for their beers, even if just to experiment.

“Consumers may have never heard of Hop Valley, and they may be a little hesitant to pick up a 12-pack for $18.99. But with the 19.2 selling for less than $3, it definitely makes it easy for consumers to try,” says Brandon Ross, chain manager for Hop Valley.

For Terrapin, whose Depth Perception is rolling out across its distribution footprint in six- and 12-packs, as well, its imperial IPA will serve as a trial balloon of sorts, potentially paving the way for more of its brands to move into larger-format cans.

“There’s a lot of potential in 19.2s. The consumers like them, retailers like them. We’re talking about what brands could transition into 19.2s,” he says.

If the numbers are any indication, other brewers are having the same conversation.