Miller High Life is at it again. The Champagne of Beers is out today with another collaboration with a craft brewer, continuing to nurture its relationship with craft beer drinkers and brewers.

Brunch So Hard, a hazy orange-and-mango IPA brewed in collaboration between Philadelphia’s Evil Genius Beer Company and Miller High Life, is slated to hit shelves in Pennsylvania, New Jersey and Delaware today in four-packs of 16-ounce cans. It will be available for a limited time this fall.

With its punch of orange, bright effervescence and dry finish, Brunch So Hard combines elements of Miller High Life and beers from Evil Genius, which specializes in hop-forward IPAs. Dubbed the “Mimosa of Beers,” a riff on the longstanding Miller High Life moniker, the “Champagne of Beers,” the IPA is brewed with Warrior, Citra, Azacca, Hallertau Blanc and Galena hops, the latter of which also is used in Miller High Life.

“When we got the opportunity to work with great partners at Evil Genius, we were excited from the get-go,” says Stephanie Petropoulos, a Molson Coors associate brand manager who worked on the collaboration. “We wanted to partner with a brewery that not only made great beer, but was a fan of High Life as well.”

For Evil Genius, which is known for its humorous pop culture-inspired beer names and bold flavors, collaborating with an icon like High Life “was a joy from start to finish,” says Luke Bowen, who co-founded the brewery along with Trevor Hayward in 2011. “The beer itself – High Life is every craft brewer’s elbow beer. It’s crisp, clean and just delicious. It’s a classic.”

The 6.5% alcohol-by-volume Brunch So Hard, which pours a hazy golden, starts with a nose of citrus and follows with a burst of juicy hop notes on the palate before finishing dry. “One of the things we love about High Life is its crisp, dry finish, and we wanted to make sure that came through here,” Bowen says.

The partnership with High Life also provided the growing regional craft brand with a 101 on how a larger brewer goes to market.

“It was a cool class to take from a curiosity perspective,” Bowen says. “We learned so much from (the High Life marketing team) about all the facets of the business, like marketing and distribution and how a brand goes to market. It was a such a unique opportunity we wouldn’t have had any other way.”

Evil Genius brewed 8,000 cases of Brunch So Hard, all of which was sold before it was packaged. Bowen hopes the buzz-worthy beer gives the growing regional brewer a boost of momentum heading into 2021.

For Miller High Life, the project is its latest collaboration in craft. Last year, the brand teamed up with fellow Molson Coors brewery Terrapin Beer Co. to brew Hoppin’ Bubbly a brut IPA built on the Miller High Life grain bill and hops used to make Terrapin’s Rye Pale Ale, the beer that launched the brewery.

It also partnered with a Chicago craft brewery, Off Color, to make Eeek!, an American wild ale also built off the High Life grain bill. After high demand for the funky, tart version of Miller High Life in the initial run, Eeek! came back a second time for another limited engagement.

“These collaborations are all about leveraging the love the craft community has for Miller High Life,” Petropoulos says. “We can’t wait for drinkers to try it.” 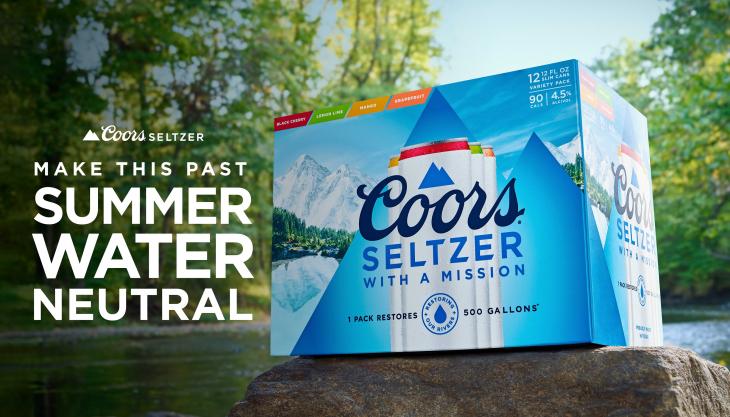