Miller Lite today turned on its holiday marketing campaign, kicking off two months of holiday cheer with national television spots in two languages and a barrage of collectible knitwear including its signature ugly sweaters.

In a quest to continue hoovering up market share in the American light lagers segment, the brand and distributor teams are investing 76 percent more this November and December on point-of-sale and promotional gear versus the same period a year ago, says Erica Morris, a marketing manager for Miller Lite. “The entire system is rallying around our holiday program to make it bigger than ever.”

The television spots, which will be in heavy rotation during the final two months of 2018, including during premium programming such as professional football, basketball and hockey games, “are bold and distinctive and designed to stand out for consumers,” Morris says.

Morris is particularly excited about its “Bottles of Holly” spot, which makes use of Miller Lite bottles filled to different volumes so as to mimic the musical notes in the traditional holiday song “Deck the Halls.” She’s confident the festive ad will break through with consumers and make a splash during the holiday season.

“In today’s super-cluttered TV environment where you see a million ads that all start to look like wallpaper, these spots will make somebody actually pay attention and want to engage and understand what’s going on in the commercial,” she says.

Two other spots feature six-packs of Miller Lite cans at holiday parties. One targeted specifically at Latino drinkers features a Posadas party, a traditional Mexican celebration. The other shines a spotlight on the Miller Lite holiday sweater.

Miller Lite also is blowing out its holiday knitwear program; more than 400,000 knitwear items were ordered this year, more than double the number last year. Anchored by its tongue-in-cheek ugly holiday sweater, which has become a sought-after collectible, the campaign this year added a Lite-branded scarf, a pair of mittens with a built-in beer holder and a stocking made for beer cans. They join socks, stocking caps and beverage wraps, knitwear items that debuted in 2017.

The brand’s redesigned sweaters will be featured in two of the television ads and in off-premise displays to promote a new Snapchat promotion in which Miller Lite will give away 10,000 knitwear items.

Knitwear will be available as part of promotional giveaways at bars, taverns and restaurants, as well as for purchase at shop.millerlite.com, from Nov. 1 to Dec. 31.

In addition to the television exposure, the holiday knitwear program will be backed with print, point-of-sale and out-of-home work as well as and social and digital spots. The 2018 holiday season also marks the first time the brand will dedicate 100 percent of its television marketing during November and December to holiday-themed promotions.

“This is such an authentic way to connect with millennials during the holidays. They’re choosing to wear our sweaters to parties, post pictures of themselves to social media and champion our brand,” Morris says.

The campaign is aimed at changing the conversation among consumers during a season when wine and spirits are top of mind, Morris says.

“We’re reminding consumers that there are also many occasions during the holidays that are built for light beer: the Wednesday before Thanksgiving, ugly sweater parties and other laid-back, low-key but super-important times for drinkers to connect with people most important to them, where they can kick back and be their true self,” she says. “Miller Lite stands for that.” 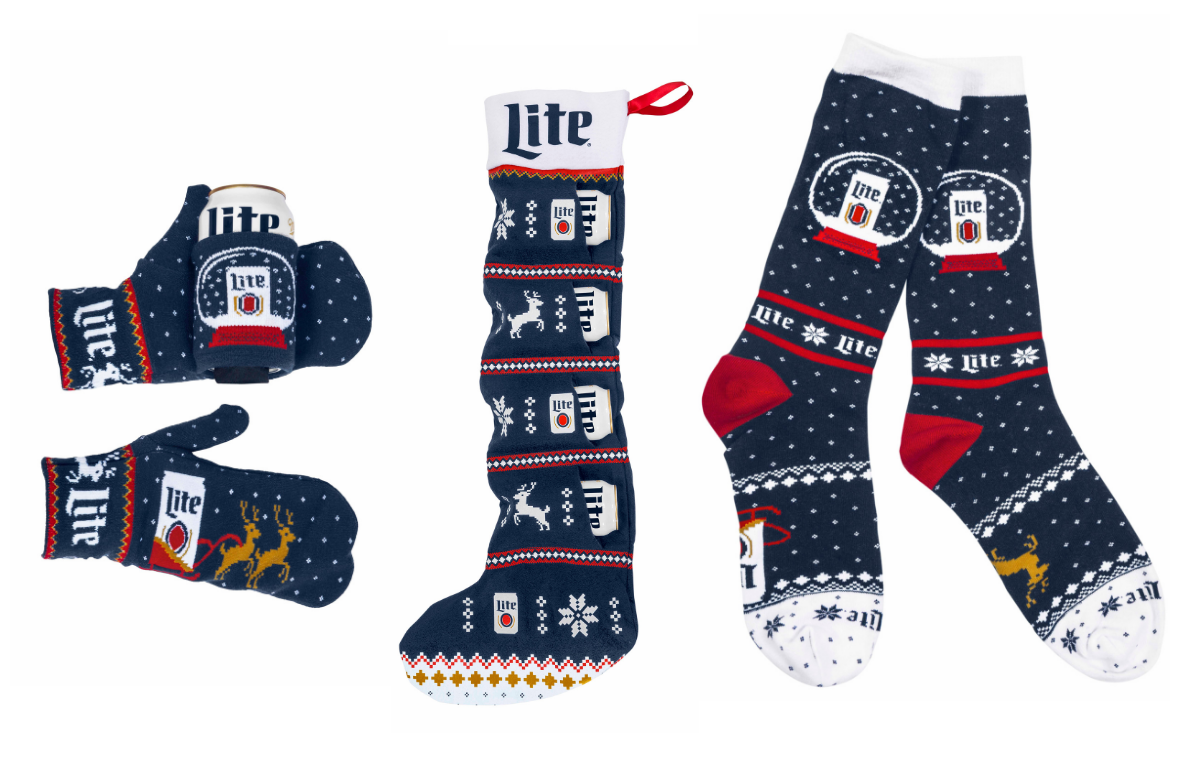