Moon Haze, which beat out 136 competing entries from breweries across the U.S. to be named best juicy or hazy pale ale at last year’s Great American Beer Festival ®, is set to be released this week.

“It’s no secret the hazy segment is on fire, and this is our award-winning entry to that category – bright, juicy, orange and most importantly, unmistakably Blue Moon,” says Mara Schaefer, senior director of brand marketing for Molson Coors Beverage Company’s above-premium brands.

“For over 25 years, Blue Moon has been a pioneer in the craft segment,” she says. “And as drinking preferences evolve, we are always looking for something new to bring to the table, while still being true to our roots as a brand. Moon Haze is exactly that.”

The haze craze has taken over the craft market, as breweries seek to meet consumer demand for beers packed with citrus flavor and aroma. Moon Haze is a Blue Moon beer through and through, brewed with whole dried oranges, giving it the brewery’s signature citrus notes. It weighs in at 5.7% alcohol by volume, putting it in the middle range of hazy potency.

“It surprises and delights because it has all the fruitiness and creaminess of a Belgian White, but it’s got a little more hop bite, and finishes super juicy and super clean,” he says. “It hits on all cylinders.”

Moon Haze was first conceived as a collaboration between Blue Moon and Terrapin Beer Co. in 2019, Legnard says. 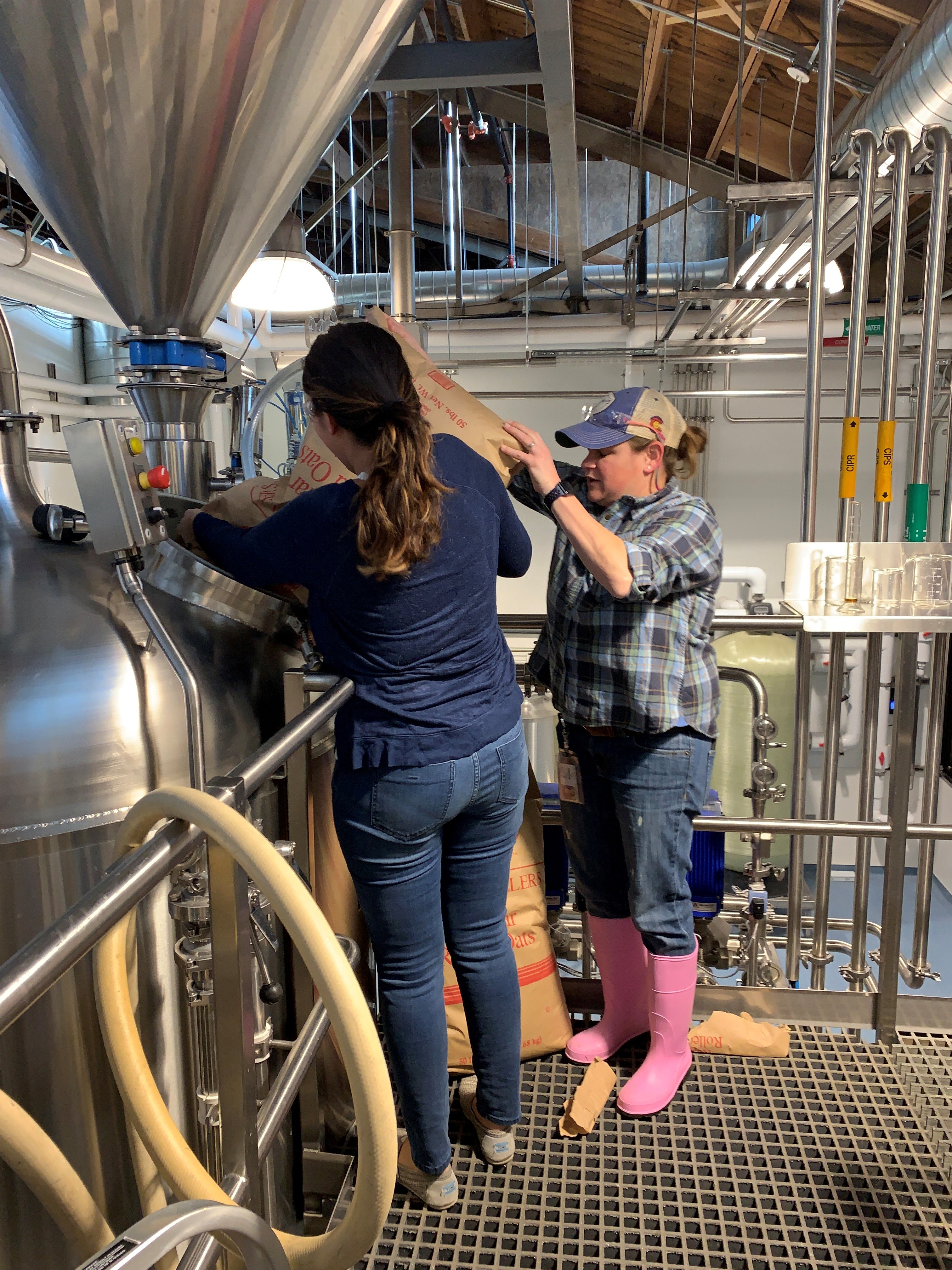 Then, last year, the recipe was tweaked during the Pink Boots Collaboration Brew Day between the city’s female brewers at Blue Moon’s brewery in Denver’s RiNo neighborhood, a state-of-the-art brewpub and innovation lab where the brand pours a wide array of styles, from Belgian White to a West Coast IPA and barrel-aged stouts.

The beer was put into rotation at the RiNo brewery, and proved popular, Legnard says.

“We brewed it, we drank it, and were like, ‘This beer is so good, we need to do something with this,’” Legnard recalled. He and his Denver team entered the beer into last year’s (virtual) Great American Beer Festival ®, where it beat all comers in the hazy or juicy pale ale category, becoming Blue Moon’s first GABF medal-winning beer since 2016.

“The timing (of the release) is great for Blue Moon,” Legnard says. “With hazy pale ales, we’re not chasing something. We’re on the curve or ahead of it.”

Moon Haze’s national release comes as the Blue Moon franchise rides a momentum wave, fueled by the return of the on-premise and the strength of LightSky, which is up nearly 37% for the year, according to IRI multi-outlet and convenience store data for the week ending August 15.

And it comes as Blue Moon’s parent company, Molson Coors, grows its above-premium portfolio, punctuated last week by the launch of Yuengling’s beers in Texas and the success of two hard seltzers, Vizzy and Topo Chico Hard Seltzer.

“We think Moon Haze complements not only the Blue Moon family but the other beers in our portfolio, especially our above-premium beers that deliver on high quality and flavor. It’s in good company with some of our other hazies, particularly the ones coming out of (Molson Coors’ U.S. craft division) Tenth & Blake, like Leinenkugel’s Lemon Haze IPA and Hop Valley’s Stash Panda,” says Schaefer.

LightSky, a refreshing citrus wheat ale, has benefited from the Blue Moon name but – like Moon Haze – is decidedly different than the brewery’s renowned Belgian-style wheat.

“We have a lot to offer for every different occasion, whether it’s having a Belgian White at happy hour, a sessionable LightSky during the day or unwinding with Moon Haze. People need to realize there’s more than just one flavor of Blue Moon out there,” Legnard says. “This is a chance for everyone out there to try one of the best beers we’ve ever made.”