It’s hard to imagine that bottled beer used to be kind of a rarity.

But at the turn of the 20th century, most folks drank beer in a saloon or took it home from the bar in a bucket.

Bright, bubbly beer in a bottle was more of a luxury, like Champagne. So when Miller High Life was introduced in 1903, Miller Brewing Co. (now part of MillerCoors) made sure that connection was clear — starting with the bottle. 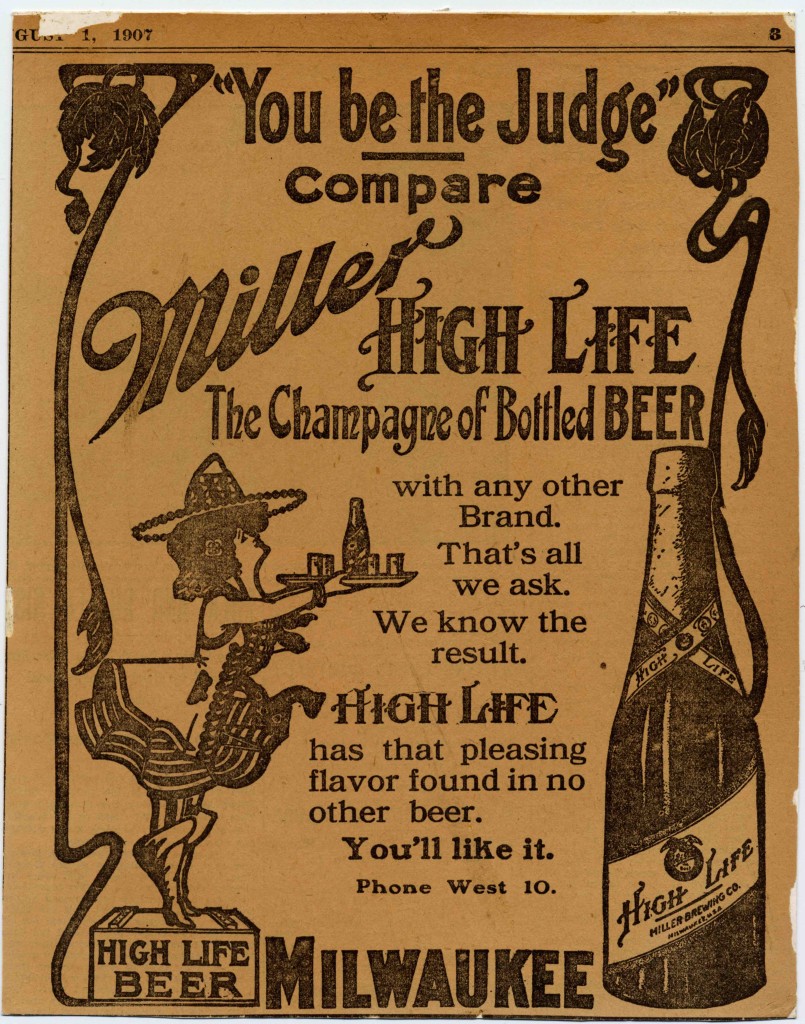 High Life has almost always come in a Champagne-shaped bottle with sloping shoulders.

The bottle — the same style used today — is primarily what led to the nickname “The Champagne of Beers,” says Charlie Hosale, archivist at the MillerCoors brewery in Milwaukee.

The glass has always been clear to show off the beer’s purity and help establish it as a high-end brand. (High Life was more expensive than many brands back in the day.)

“Also, at various times throughout its history and especially early on, High Life had ornate foil that covered the cap and top of the neck — similar to the way Champagne is sold,” Charlie says.

Advertising was all about that Champagne life too. A 1905 ad shows the High Life Girl (she wasn’t perched on a crescent moon just yet) shooting out of a bottle of beer like it’s Champagne, cork and all.

Here’s a little more history about one of the best beer slogans of all time: