From the time she was a small girl growing up on a farm in tiny Clintonville, Wis., Megan Mares felt pulled to understand how things work.

Each day brought a new lesson: A cow being born, a tractor that needed fixing, or crops to be harvested

“From a really young age, I was seeing how the biology world worked, how everything worked together,” says Mares, head of innovation at Revolver Brewing in Granbury, Texas, near Fort Worth.

Her curious streak brought her to study human biology in college, then after a brief stint as a medical lab technician, dealing with all of the unspeakables, she plunged headlong into beer when she took a sensory analyst position at the Miller brewery in Milwaukee.

“The second I walked into my first day, I thought, ‘This is amazing. I never want to leave this industry because there’s so much involved in it,” Mares, 35, says. “I wish I’d skipped the poop and skipped right to the beer. It’s a combination of everything I love.”

Today she’s making her mark as Revolver’s lead innovation brewer — one of only two female lead brewers in Texas — where she’s tapping into her natural curiosity to help the Molson Coors craft brewer chart a new course in its quest to become the quintessential Texas brewery.

The science of beer 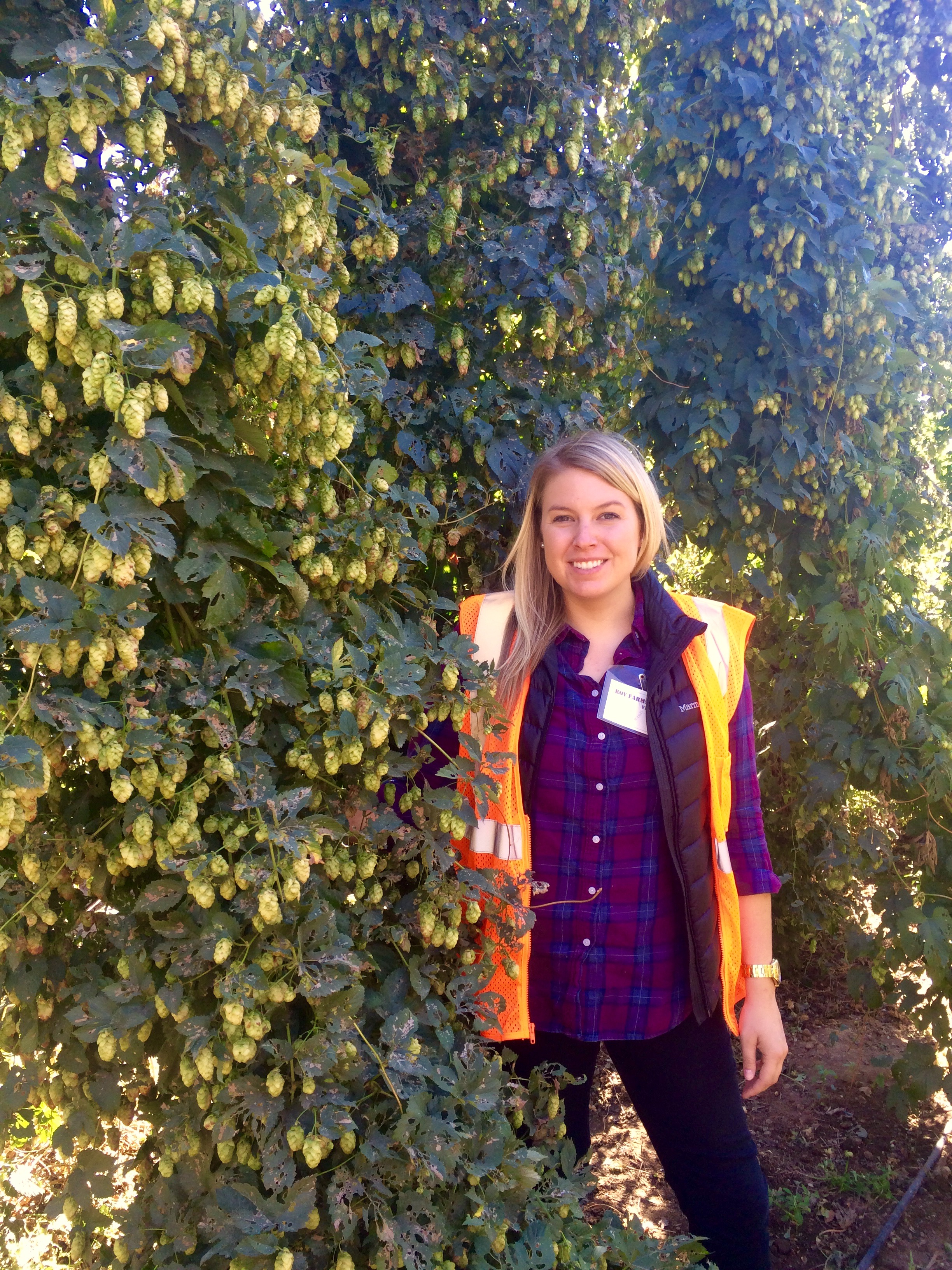 But before she mastered beer, she had to learn to taste it.

Over a rigorous six-month training period in Miller’s sensory department, she learned how chemical compounds, ingredient combinations and other chemical processes change the flavor of beer — for better or worse.

“It’s like learning a different language,” she says. “You learn the interaction of flavor compounds, the tiny touches that affect the brewing process.”

At last, she’d found a career that combined her love of science, thirst for knowledge and, well, thirst for beer. With it, she gained an innate knowledge of beer and an ability to break down style profiles, flavor combinations and ingredient properties, even earning an Advanced Cicerone certificate in 2018 (she’s one of about 140 Advanced Cicerones in the world, according to the Cicerone Certification Program.)

“She had this curiosity about the business and all the things going on around her,” says Jason Pratt, Molson Coors’ director of beverage innovation, who met Mares years ago in the microbiology lab in Milwaukee. “That curiosity really drew me to her.”

She quickly proved adept in the brewery: the first batch of beer she ever brewed was Leinenkugel’s Canoe Paddler Kolsch, which won gold at the 2013 Great American Beer Festival.

Though she’d never brewed a batch before taking on the new role, she learned quickly and impressed, Pratt says.

“There are qualities that make someone a good brewer. There are people who can sit down and take a recipe and deliver against it, almost like following a recipe in a cookbook,” Pratt says. “But she’s also able to bring in inspiration from the outside and show that creativity and develop recipes from scratch.”

Mares, he says, is able to do both. “And that’s what makes her a great brewer.”

When Revolver was looking to hire a brewer to run its new Arlington, Texas, innovation brewery in 2019, Pratt recommended Mares to Manny Gutierrez, the craft brewery’s vice president of sales and marketing. The pair clicked, and Mares decamped her native Wisconsin for Texas, bringing along her husband, Alex, and their chocolate lab, Rufus.

At Revolver, Mares has not only flexed her brewing muscles, but built her professional bona fides as well, stepping into a new role as innovation director as Revolver underwent a leadership transition last year.

“As we’ve gone through this transition, the biggest thing she’s done is to listen to the commercial side of beer,” Gutierrez says. “She’s taken everything we want to do from the sales and marketing side and reverse engineered that, giving us really good beers that people want to drink.”

That includes creating the brewery’s new and popular Texas Haze IPA series and its re-entry into Texas’ favorite style with Y’alls Bock. She’s also developed a pair of beers that aim to cement Revolver’s place in the Dallas-Fort Worth area: Dem Berries, a 4.8% alcohol-by-volume blueberry wheat beer paying homage to “Dem Boys,” the locals’ nickname for the Dallas Cowboys; and 817 Blonde, a 5.5% ABV blonde ale named after the metro’s prominent area code.

While Mares thrives on the creative side of brewing, she also approaches it with a strategic mindset.

“You can make the best beer in the world to you, but if it’s not relevant to the consumer in this market, it’s not going to be successful,” she says.

Along with Revolver’s flagship Blood & Honey and innovations including a barrel-aged stout series made in collaboration with Bulleit Bourbon, Mares’ leadership in the brewery is pushing Revolver forward, Gutierrez says.

“The biggest difference between Revolver then and now is that we brewed a lot of things we wanted to drink, but we really didn’t take into account the Texas consumer,” he says. “What Megan has been able to do is brew great beer that appeals to the broadest group of Texans possible.”

Once Mares and Revolver evolved their beer portfolio to appeal to a broader set of drinkers, they’ve shifted part of their focus to living up to the brewery’s philosophy of blending great beer with deep community roots.

That includes a slate of support for community organizations, including a collaboration beer coming this fall with a local coffee roaster, Fire Grounds Coffee, which is led by two Dallas firefighters and Army veterans.

The resulting beer, Fire Grounds Stout, is set to be released around Veterans Day and will benefit an area nonprofit.

“I love being able to give back and really support the local community,” Mares says. “If we can make really great beer and help support our community, I think that’s a no-brainer.”

“With everything that is happening with women in the beer industry, I will say that my experience at Revolver has been amazing,” she says. “I’ve been really lucky working for Molson Coors. The opportunities I’ve been given and earned have been amazing. I’ve always had really great people to look up to.”

Now firmly rooted in Texas, Mares isn’t resting on her laurels as a glass ceiling-smashing gold-medal winner whose knowledge of beer Gutierrez says is “second to none.”

The science of beer beckons, with new styles and ingredients to explore and more Revolver fans to woo.

“The second I think I’ve figured everything out, something new is introduced,” Mares says. “You’re always learning. You’re always pushing your boundaries.”

In other words, her work is far from done.