As the Brewing Manager in the Milwaukee Brewery, I, of course, get to sample our great beers on a regular basis. This is the ultimate test for any brewer. And I must say, we pass this test with flying colors on a regular basis! The characteristics of our beers come from malt, hops, yeast and water. You may see many photos of people smelling malt, rubbing hops in their hands or professing superior yeast, but you rarely see someone tasting water. Water is what gives beer life. Without water there would be no beer! 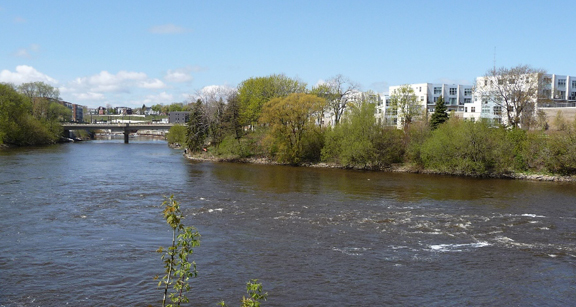 Water is a precious resource to protect and conserve at home, at work and in our community. One of the great initiatives begun in 2009 at the Milwaukee Brewery was The River Clean Up. This event was sponsored by The Milwaukee River Keepers and engaged volunteers to spend a Saturday morning walking the shoreline of the Milwaukee River collecting trash and debris. The need was to keep anything not water out of the water. I, along with another 30 volunteers from the Milwaukee Brewery, spent that Saturday at Caesar’s Park, collecting an astonishing amount of items in and around the water’s edge. 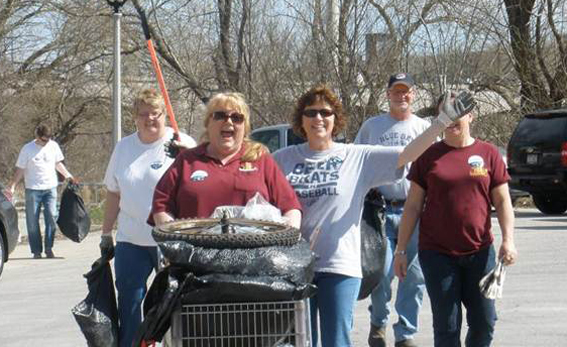 Seeing the results from that first river cleanup really left an impression on me. It struck me how easy it was to take this essential resource for granted. And how magnificent is this small part of a river running through an urban landscape. Since then, I have participated in every spring River Keeper event with colleagues from MillerCoors. These spring events have grown out to two other sites, Lincoln Park and Kern Park, and now also include a fall event under the Great Water Month initiative at MillerCoors. 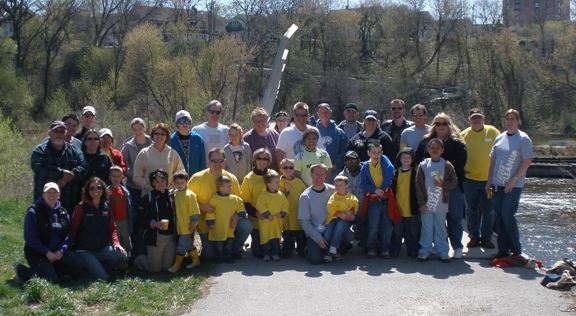 Being that I have been involved at Caesar’s Park since 2009, it is amazing how that part of the river and the park have changed over time. Each year there is less and less litter and more and more evidence of renewal in the area. And I’ve helped with that, too. In the spring of 2012, I helped remove invasive plants (weeding!) and in 2013, I planted trees and graded walking paths. Caesar’s Park is a very special place for me and a real gem for the city of Milwaukee! 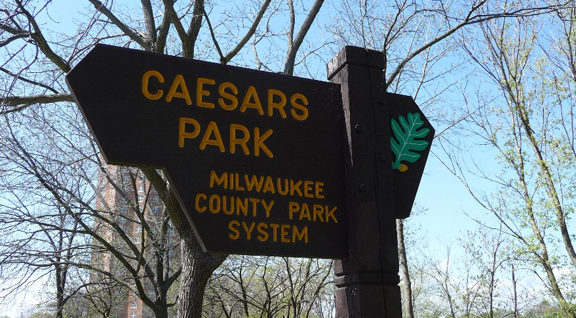