For centuries beer has been defined by its source of origin, its ingredients, and its surrounding culture; simply enjoying a beer can open a window into each of these. However, visiting the places where the beer was created allows you to experience the customs, celebrations and rarities of the beer world. To navigate the global atlas of beer, a “beer vacation” can provide a robust educational opportunity while helping compose an enjoyable itinerary. 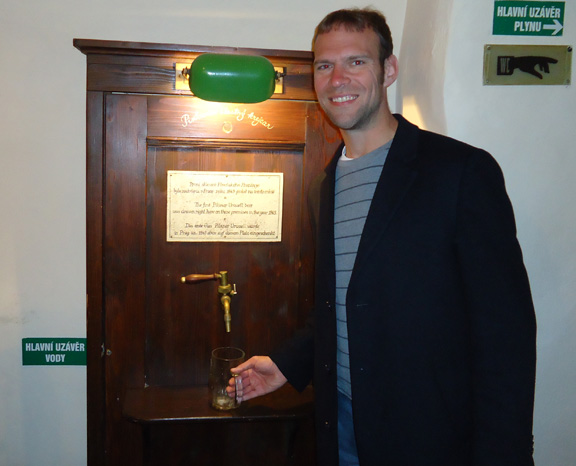 In the spring of 2012, my wife, Lori, and I traveled to Eastern Europe to visit a few fabled beer landmarks. Our first stop was one of history’s most important—Prague, Czech Republic. While our schedule did not allow us to hit Plzen, the birthplace of Pilsner Urquell (meaning “original pilsner”), the influence of this storied beer is seen all throughout Prague.   In 1843, restaurant U Pinkasu tapped Prague’s first Pilsner Urquell, and the residents were mesmerized by its clear, golden color. The original tap is still on display in the basement, and U Pinkasu still pours probably the meanest Pilsner Urquell in town. 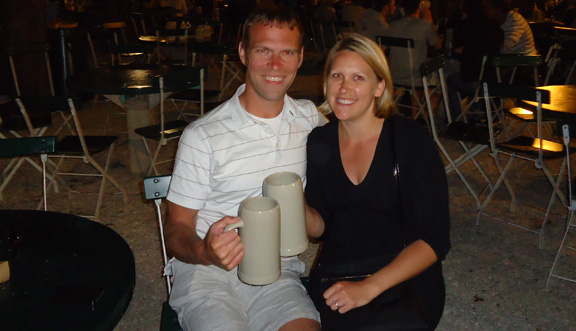 Through the “original pilsner” was our preferred beer in Prague, we made the heart-rate-elevating hike to St. Norbert’s Brewery. Affiliated with Prague’s Strahov Monastery, the brewery is located at one of the highest points in city and serves darker beers that stand in stark contrast to Pilsner Urquell.  My wife and I enjoyed the brewery’s Dunkel (meaning “dark”), Amber Lager, and India Pale Ale, all which paired well with the heavier comfort food.  The only aspect rivaling the beer was the view upon leaving: one of the most panoramic and stunning of Prague.

From our adventure in the Czech Republic we ventured south to Austria, a country known as much for its wine as its beer. While we enjoyed the regality of Vienna, as beer lovers, we found our favorite Austrian experience in the Western city of Salzburg.  This picturesque city and site of the classic movie The Sound of Music is near the famous Stiegl brewery, whose beer is featured prominently throughout Salzburg.  Further in town, we discovered the Augustiner Brewery, a hidden gem that makes only Märzenbier (Oktoberfest-style). Served in a cafeteria-like fashion, you start by paying the cashier, grabbing a large ceramic mug, washing it in a communal sink, and then handing your mug to the worker for pouring. Stepping through the former monastery into the expansive 1,500-person beer garden completes this unique experience. 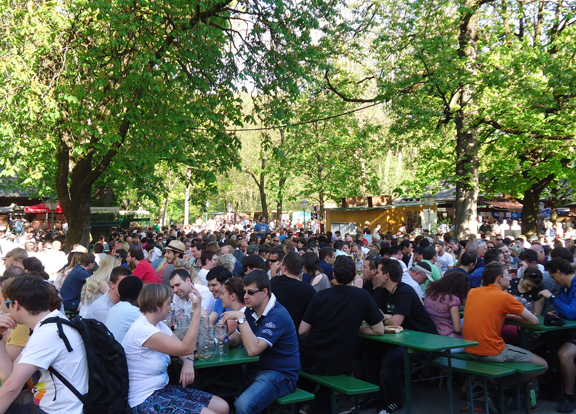 The final stop on our European vacation was Munich, one of the predominant beer capitals in the world.  The first item on our itinerary was to visit the Hofbrauhaus, originally founded as the Royal German brewery in 1589. One of the oldest beer halls in Munich, Hofbrauhaus served as a site of political rallies and has been frequented by several well-known visitors. After enjoying the Weisse and Dunkel beers, we made our way to several other popular beer halls in Munich: Hacker Pschorr, Franziskaner, and Paulaner, all of which are a brisk walk from each other.

Many people equate Munich with the raucous Oktoberfest celebration. While we were not in the city during this festival, Munich provided several opportunities to revel with our fellow beer lovers. The best example of this was at the Englischer Garten near the local university. We were there on an 85-degree spring Saturday and, despite having capacity of 7,500 patrons, we had difficulty finding a seat!  We enjoyed our liters while being entertained by (and sometimes participating in) the numerous chants.  Later we hopped over to Hirschgarten (8,000 seats!) which we found to be more reserved and family-friendly and had a wide variety of food offerings. We enjoyed the local Weissbier coupled with the best pretzel we tasted in Munich. 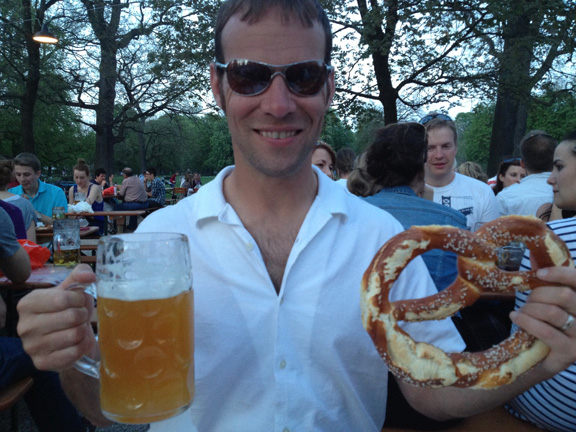 Using beer to frame our vacation provided the structure needed to navigate Eastern Europe and enhanced our beer journey.  In countries with languages different from ours, beer served as a universal communication tool, and we were accepted into each region’s customs.  While we may never have another vacation similar to this, we learned incorporating beer into our future travel plans will most certainly add history and adventure.