In 1860, by the time he was 36 years old, the German-born immigrant Frederick Johann Miller had lost two of his three children and had just lost his wife, Josephine, at age 29.

Faced with leading a fledgling brewery and raising a 2-year-old child on this own, Miller persevered. “In spite of all the misfortunes and fateful blows, I never lost my head,” he wrote in a note to his German relatives. “After every blow, just like a bull, I jumped back higher and higher.”

Indeed. Today, Nov. 24, 2017, on what would be Miller’s 193rd birthday, we celebrate his story of overcoming a series of personal tragedies to go on to build a brewery that today stands as strong as ever: Miller Brewing.

First and foremost, the story of Frederick J. Miller — like hundreds, maybe thousands, of brewers of the time — is an immigrant story.

Miller was born into a middle class family, the son of Thaddeus and Maria Louisa Miller, in Riedlingen, in the kingdom of Wurttemberg, on the banks of the Danube River in what is now southwestern Germany. Thaddeus was a merchant and mayor, but his son chose a trade that would eventually lead Frederick Miller’s family to the United States: brewing.

“It was an inspired choice, as later events would demonstrate, but the decision was aided by geography,” wrote historian John Gurda in “Miller Time: A History of Miller Brewing Co.,” in 2005. “It is doubtful that any place in the world had more breweries than southern Germany in the 1800s.”

After earning the equivalent of a high school degree, Miller began an apprenticeship with a local brewer, and went on to work for other master brewers in Germany and France. By 1849, he achieved the status of master brewer. Five years later, after serving as the royal brewer in Sigmaringen, the principal city of the German state of Hohenzollern, Miller, his wife, Josephine, and their newborn son, Joseph, immigrated to the United States.

His aim, like so many others: To give his new family a better life.

The Millers joined nearly a million Germans who came to the U.S. in the 10 years leading up to 1854, including more than 200,000 that year alone.

Frederick’s focus? Brewing quality beer. “Miller could imagine no other way of doing business,” Gurda wrote. “The founder of Miller Brewing would carry that expectation across the ocean and make it a core value of an enterprise that’s still flourishing.” 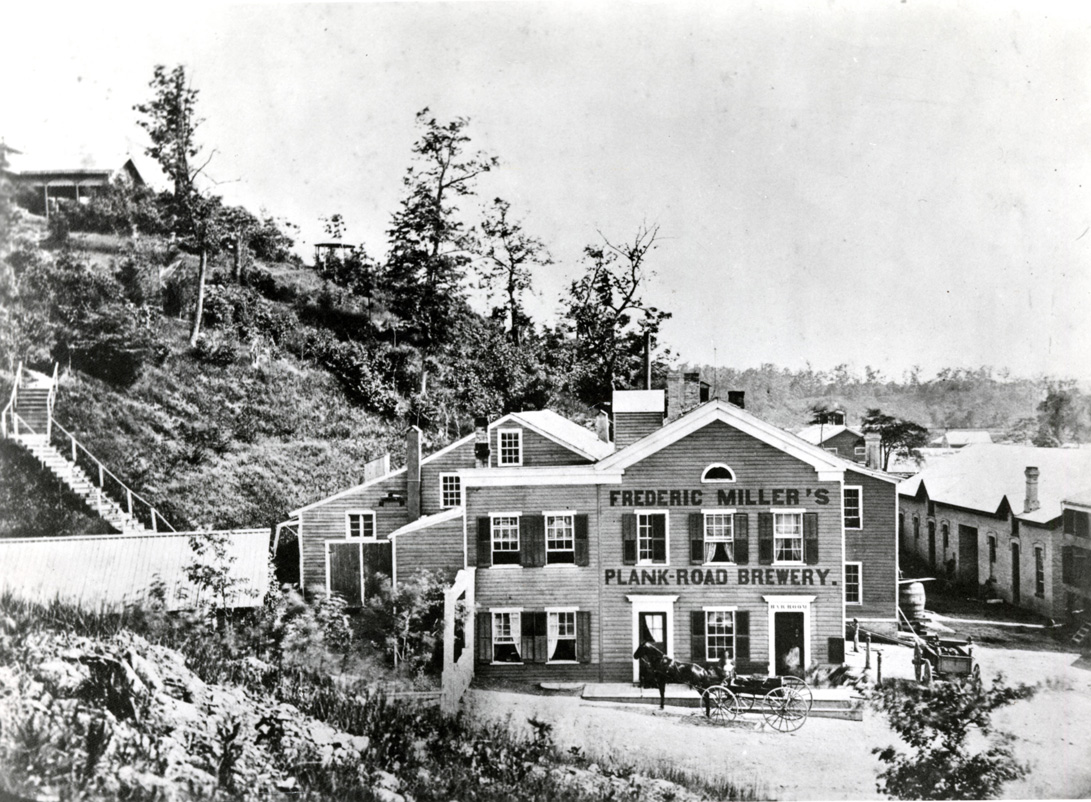 The Millers settled in Milwaukee in 1855. That same year, he purchased the Plank Road Brewery from Charles Best, and what would eventually become Miller Brewing Co. was born.

Like so many other immigrants at the time, Miller brewed the lager and pilsner-style beers he knew so well from Germany — beers that would become America’s trademark.

Miller had plenty of competition, especially in Milwaukee, which had already earned the reputation as America’s “Deutsch-Athen” — or the “German Athens” — for its German influences.

The city’s first German brewery opened in 1841, and “as more Germans came to town with a taste for beer and a talent for making it, the number of establishments multiplied. In 1856, Miller’s first year in business, the Milwaukee Board of Trade counted no fewer than 26 breweries in the community, nearly all of them operated by and for German immigrants.”

It was a story playing out in cities across the country, especially the Midwest and Northeast.

Pabst. Schlitz. Busch. Coors. Leinenkugel. Yuengling, whose founder, David G. Yuengling, like Miller, emigrated from Wurttemberg, before settling in Pottsville, Penn. All of these modern-day breweries — and many, many more that didn’t make it this far — can trace their roots to 19th century German immigrants. 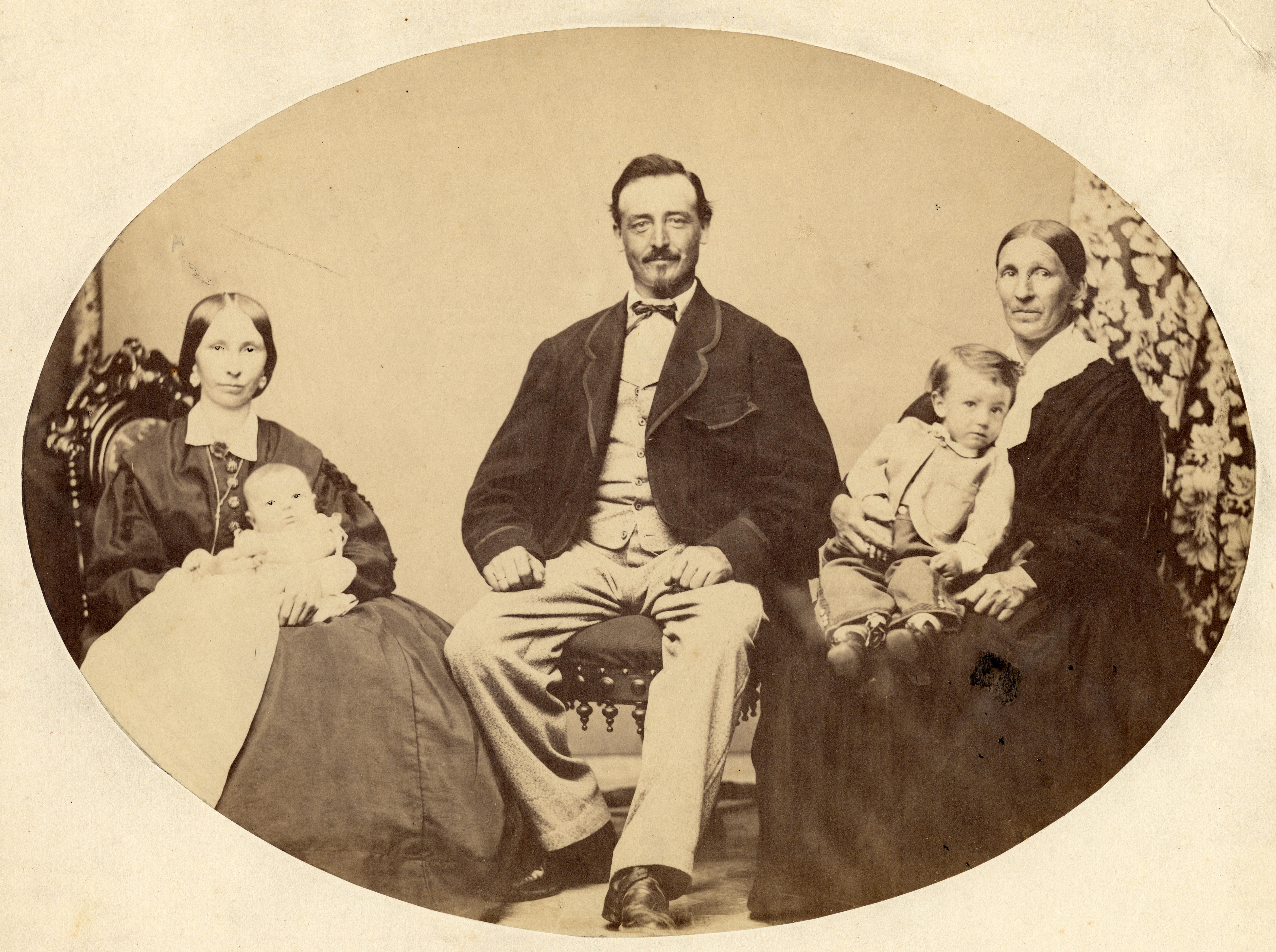 For Miller, the battle to build and sustain success was particularly painstaking. Personal tragedy paralleled his immigrant story. By the time his first wife, Josephine, died in 1860, two of their three children also had died under unknown circumstances. Their third child would die at age 17 of tuberculosis.

Miller remarried in 1860, and he and his new wife, Lisette, lost their first four children within months of child birth.

He carried on with the help of his growing family. Frederick and Lisette would go on to have five children, each of whom would eventually take a turn leading the brewery. Ernest, Frederick A., Clara, Emil and Elise were the second generation of Millers who persevered in their own ways to lead the brewery to new heights after their father’s death.

Behind technological advances in brewing, a campus building boom, (including a new brewhouse finished just after Frederick Miller’s death in 1888), the introduction of Miller High Life in 1903, and expansion to new markets outside the upper Midwest, the Fred Miller Brewing Co. grew from more than 80,000 barrels in 1888 to a pre-Prohibition high of more than 473,000 in 1911.

It was a testament to the foundation laid by Frederick J. Miller, an American success story. We raise a glass today in his honor.