Driven by the eye-popping growth of hard seltzers, the 12-ounce sleek can is increasingly filling retail shelves, displacing bottles and regular-sized cans at a rapid rate. As consumers continue to reach for sleek cans – also known as slim cans – Molson Coors Beverage Company is growing its production capabilities to keep pace.

At Rocky Mountain Metal Container (RMMC), the Golden, Colo.-based joint venture between Molson Coors and can manufacturer Ball Corp., a new multimillion-dollar can line dedicated to producing sleek cans is now operational. The new can line – a retrofit of an existing line that previously made 8- and 10-ounce cans – includes a state-of-the-art can washer that will reduce water use, a new coating machine that is the first of its kind for Ball in the U.S., and a new trimmer.

By November it will be fully capable of producing at least 750 million cans a year, says Jeff Lahl, vice president of environmental, health and safety, and technical development for RMMC.

“This is where the commercial market is heading,” he says. “All you have to do is go out into the market, and you see everyone is using this can.”

The transformation of the new RMMC can line comes as Molson Coors is moving beyond its historic identity as a beer maker. It’s embraced hard seltzers, a growing suite of non-alcohol products and forged relationships with companies like Coca-Cola, where Molson Coors will produce and distribute its new Topo Chico Hard Seltzer, aimed to grow its above-premium portfolio. In short, it’s embraced a new identity as an innovative beverage maker, says Phil Savastano, RMMC’s vice president of manufacturing operations.

“The reason we did this… is we thought sleek cans were a path forward to drive our innovations. Regardless of coronavirus, it’s great that we had the foresight two years ago to do this push” he says. “Innovation is the key driver that drove the investment in the first place.”

Those innovations include some of Molson Coors’ top new products of 2020 like Blue Moon LightSky, Vizzy Hard Seltzer and the recently launched Coors Seltzer. The popularity of these new additions has spurred the beverage maker to make significant investments in its breweries to meet demand.

The can-line investment is the latest salvo by the company to adapt to a changing consumer and marketplace. Molson Coors this year has put millions into new equipment and facility upgrades, including:

And it broke ground last week on a massive, multi-year, multimillion-dollar overhaul of its largest brewery in Golden, Colo.

Many of these investments are spurred by sweeping changes in consumer demand and preferences — shifts that have precipitated the rise of the sleek can.

Boosted by increased at-home consumption due to the coronavirus pandemic, sleek cans have grown 94% over the last 52 weeks, with hard seltzers driving the majority of that growth, according to Nielsen.

The trend, naturally, is driven by consumers, who have shown an increased preference for sleek cans, particularly amid the massive disruption of the on-premise, where draft and bottles are preferred.

“Our research has shown that consumers view the slim and tall shape of the can as modern, sophisticated, sleek and premium,” says Kelsey Crawford, associate insights manager for Molson Coors. “The visual appeal makes slim cans better fit for special occasions and intimate social gatherings compared to a regular can.”

While the new can line began production in July, the idea to add a line dedicated to sleek cans began nearly two years ago with the prescient realization that can growth was poised to explode.

“The sustainability movement was gaining traction with migration to cans from plastics and glass,” says Glenn Hubert, RMMC’s general manager.  “Add to that coronavirus, and you just had a perfect storm for an explosion in the can business with all this happening. The proliferation of new products with aluminum cans has been immense.”

RMMC’s new line is designed to alleviate peaks and valleys in demand and ensure a more consistent supply earmarked for Molson Coors in the months and years ahead.

“The sleek 12-ounce business in the U.S. has just exploded,” Hubert says. “It’s a logical move for the business to go into those." 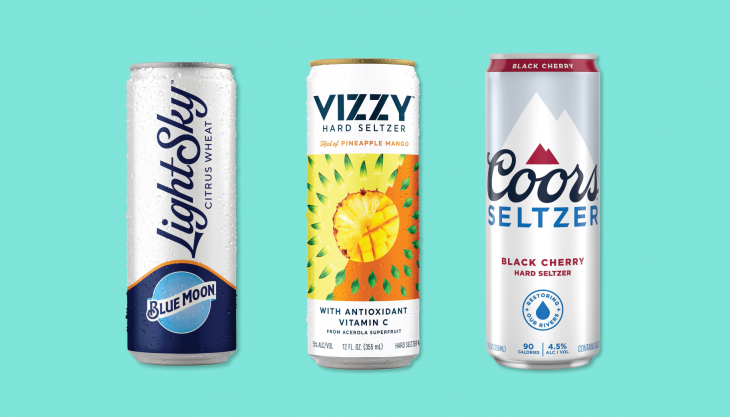