One of three labels in your Banquet pack.

Coors Banquet is indeed “thoroly” aged, just like it says on the label —

“Thoroly” instead of “thoroughly” was one of 12 spelling changes adopted by the National Education Association in 1898. The group’s goal was to make English easier to learn and understand.

Efforts to streamline English in the U.S. were ramped up in 1906 when industrialist Andrew Carnegie formed and funded the Simplified Spelling Board.

The board had 300 words it wanted to shorten, including “thoroughly” to “thoroly.” It also had the support of author Mark Twain and President Teddy Roosevelt, who even tried to make the spelling reforms official.

“Thoroly” and other simplified spellings were used by hundreds of universities and newspapers, the board said in its 1920 handbook. 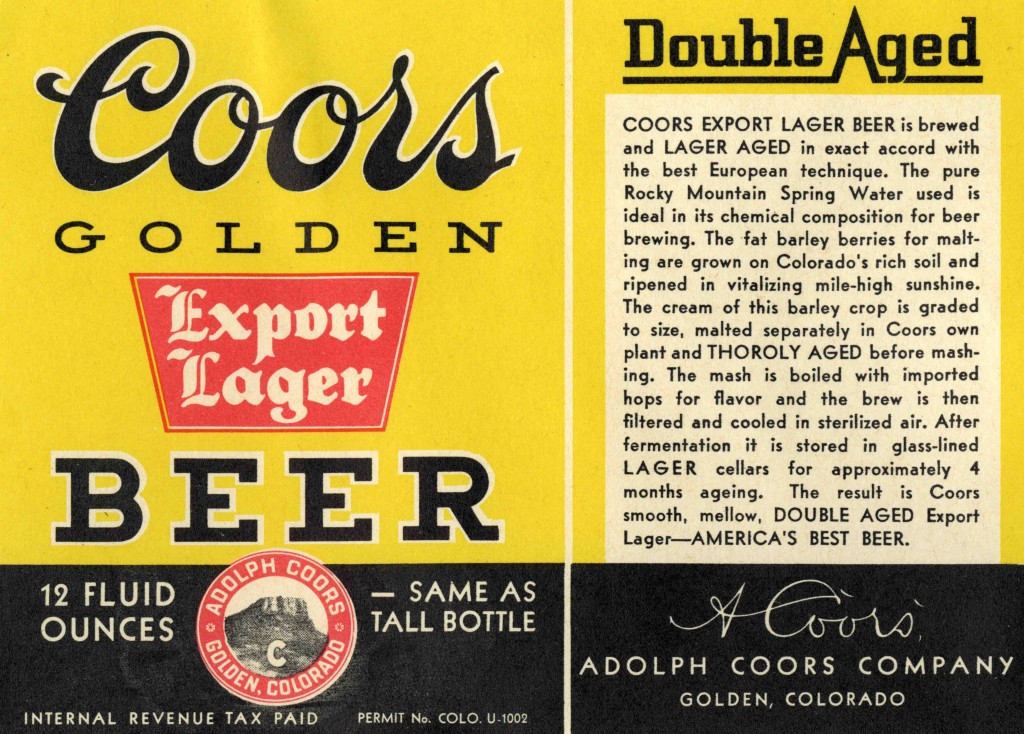 Then came Prohibition, which started Jan. 1, 1916, in Colorado — four years earlier than the rest of the country. Coors couldn’t sell beer for 17 long, dry years.

Post-Prohibition, Coors came out with a stubbier bottle designed in part to save on glass and shipping. (A particularly smart move considering the state of the beer business at the time: There were 1,313 breweries in the U.S. in 1916 and only 331 in 1933, the year Prohibition ended.)

So today’s handsome stubby bottle really is a total throwback — right down to the “thoroly” vintage spelling on the label.