April is a month of exciting anniversaries for beer drinkers.

The most important April beer event occurred on April 7, 1933, when beer returned after 14 years of National Prohibition. Thus, April 7, 2013, is the 80th anniversary of that event!

Way back when, Prohibition resulted when the 18th amendment to the Constitution banned the sale of “intoxicating liquors” in the United States. But in early 1933, a perfect storm of events occurred and Congress decided that beer wasn’t really an intoxicating beverage, as long as it was under 3.2 percent alcohol by weight. Prohibition itself wasn’t repealed until later that year, in December. And by then, people had been enjoying beer for eight months.

In the depths of the Depression, Americans were more than willing to celebrate the return of their favorite beverage. Brewers had a supply of 3.2 beer on hand, because “real beer” had been brewed first before it was dealcoholized. In Milwaukee, Miller and other brewers sent wooden crates of their beers to President Franklin Roosevelt on an April 7, early-morning flight aboard a plane christened “The Spirit of 3.2.” 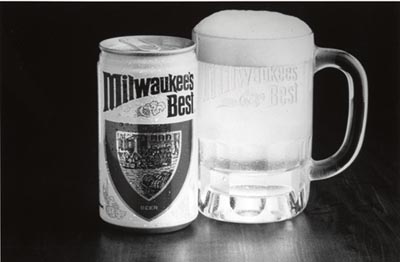 Milwaukee’s Best Beer was re-introduced to the country in April, 1984, and has been enjoyed ever since then.

Cheering and singing crowds gathered in the streets at midnight, especially outside of the breweries. Years later, Miller Brewing employees recalled the day beer came back. One person worked 24 hours around the clock helping with bottling and shipping; another worked 16 hours a day for a week while the brewery tried to meet demand. Another remembered a customer without a vehicle buying a barrel of beer directly from the loading dock, and rolling it down the street at 2 a.m. Telephone switchboards were so jammed with calls seeking more beer that some had to be disconnected; outside, hundreds of job seekers lined up to fill out applications. In spite of all the celebration, people seemed to know the difference between celebration and excess. In New York City, police reported no arrests for drunkenness on April 7. 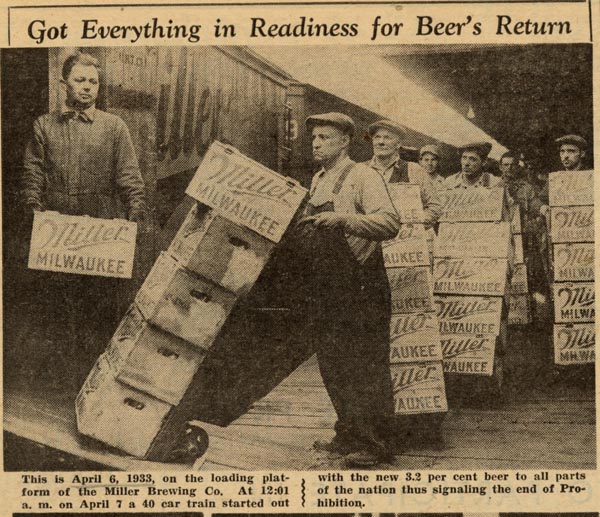 Miller Brewing Company (now part of MillerCoors) was definitely ready for the return of beer at 12:01AM on April 7, 1933.

A somewhat more obscure, but still very important event happened in April 1873, when Frederick J. Miller, the founder of the Miller Brewing Company—now a partner in MillerCoors—established his first Chicago branch. Fred Miller was no stranger to Chicago; within a year after founding his brewery in Milwaukee in 1855, he was selling more beer in Chicago than in his home city. After the Great Chicago Fire of 1871 destroyed several breweries, Milwaukee brewers began sending “beer trains” to Chicago; up to 25 cars every day of fresh, cold beer. They seized enough market share that it was difficult for a Chicago brewer to do so. 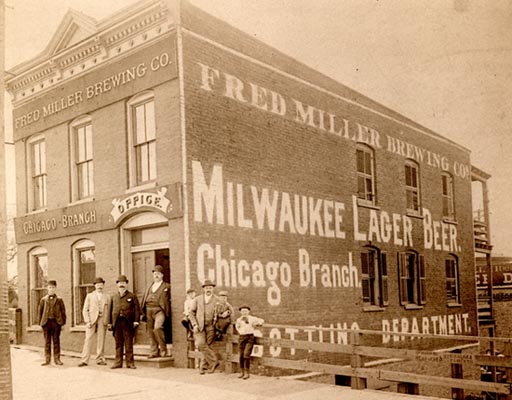 The Fred Miller Brewing Company (now part of MillerCoors) had this office in Chicago around 1895.

Fast forward to today: MillerCoors is now based in Chicago and continues the tradition of supplying fresh beer to Chicago beer drinkers.