Miller High Life didn’t have to look far for its latest collaborator. Just four miles down the road from The Champagne of Beers Region, in fact.

High Life and Milwaukee’s Lakefront Brewery are teaming up on a collaboration beer called The Juicy Life, a lager packed with tropical flavor imparted by experimental hops.

The limited-edition beer was made in tribute to both brewers’ hometown. “We wanted to make sure it was a lager because we’re a lager town,” says Luther Paul, Lakefront’s head brewer.

Available in six-packs of bottles in Wisconsin starting today, as well as on draft at Lakefront’s taproom in downtown Milwaukee, The Juicy Life was crafted to appeal to both longtime High Life drinkers and craft fans hunting for bolder flavors, says Carol Walker, an associate R&D brewer at the company’s pilot facility, Miller Valley Brewery, in Milwaukee.

“We wanted to make something a High Life drinker would love, and something the super hazy IPA craft lover is going love, too,” she says. “I think we hit it on the head. It has that intense flavor from the hops, but it’s also incredibly drinkable.”

Using hops including Sabro and an experimental variety, HBC 586, The Juicy Life has a complexity not often found in lagers. An American hop, HBC 586’s key flavors are mango, orange and pineapple.

Combined with the tangerine-coconut and creamy attributes from Sabro and a malt bill that includes wheat, The Juicy Life’s mouthfeel and flavor will be recognizable to craft drinkers, while approachable to lager fans who love the beers Lakefront and Miller are known for brewing. It checks in at 5.5% alcohol by volume.

“It’s not super malty; we wanted to have the hops shine,” Paul says. “You get a nice clean lager taste at the beginning, but you can also smell those tropical aromas, and you get a nice finish of hoppiness.” 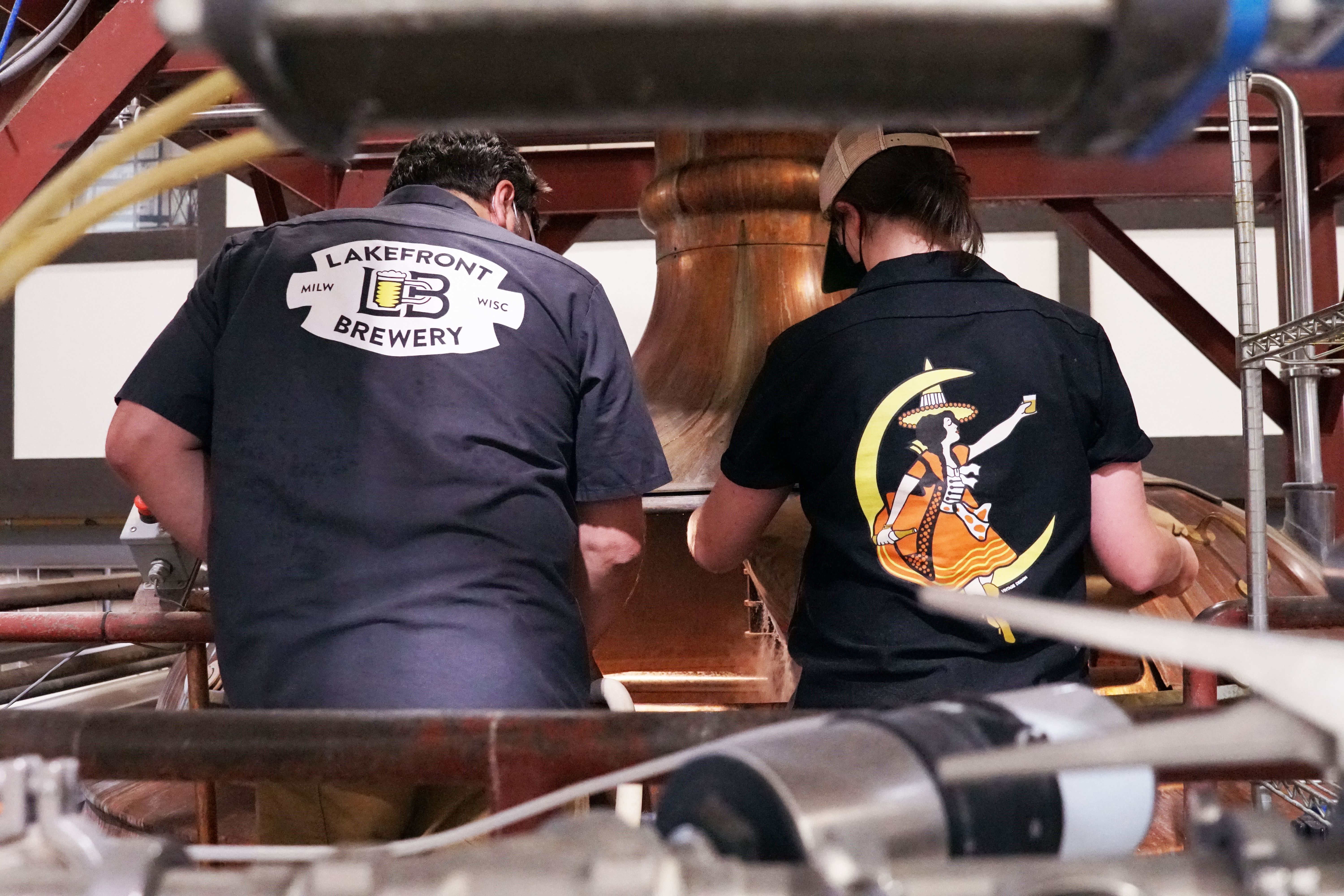 The collaboration beer is the fourth in recent years for Miller High Life, which famously has been brewed in Milwaukee since 1903.

The brand late last year hooked up with Philadelphia’s Evil Genius on a collaboration orange and mango IPA, Brunch So Hard. Prior to that it teamed up with fellow Molson Coors brewery Terrapin Beer Co. to brew Hoppin’ Bubbly a brut IPA built on the Miller High Life grain bill.

And in 2016, it partnered with the Chicago craft brewery Off Color to make Eeek!, an American wild ale also built off the High Life grain bill.

The decision to tie in with craft breweries to make limited-edition collaboration beers is part the brand’s desire to nurture its relationship with craft beer drinkers and brewers, who are each known to appreciate a High Life alongside their favorite craft brew.

When Miller High Life was looking for its next collaborator, it wanted to find a partner in its hometown. It opted for Lakefront, which has made a name for itself on the strength of its lagers since its founding during craft’s first wave, in 1987.

“Lakefront proclaims themselves as a beer for people who love beer, and that’s the same way we think about Miller. We’re all about the beer,” says Lucy Bloxam, marketing manager for Miller High Life. “It was a natural fit.”

Collaborations also are nothing new for Lakefront, which regularly teams up with craft breweries across Wisconsin and the Midwest, says Luther Paul, Lakefront’s head brewer.

While the beer was brewed at Lakefront’s facility in Milwaukee’s Riverwest neighborhood, it was based off a beer that Walker made last year using the Pink Boots hop blend as part of a nationwide initiative to shine a light on women working in the beer industry.

“We tasted that and were impressed, so we went from that and designed the recipe for this type of lager, which is dry hopped with more of the modern, fruity, tropical-type hops that are around these days,” Paul says.

So will it appeal to both craft and High Life fans? Walker thinks so.

“You can sit down and take one sip, you can look at your glass and it’s almost gone,” she says.

Walker and Paul enjoyed getting to know each other, and the collaboration proved that beer is beer, no matter who brews it, Walker says.

“It was nice to bring together the two worlds and realize we’re not really that different,” she says. “All we want to do is make good beer and make people happy.”