America’s top-selling craft beer is diving into mixology, unveiling four cocktail recipes featuring its flagship beer, Blue Moon Belgian White, that the brand has designed to be sold in bars and restaurants across the country.

The idea to build cocktail recipes around Blue Moon Belgian White comes as the beer has quietly been adopted as a cocktail base by a growing number of bartenders in large accounts, leading to incremental sales for the brand.

Designed by MillerCoors Master Cicerone Jason Pratt and built to spotlight Blue Moon Belgian White, the cocktails are made using the four most-popular spirits – vodka, tequila, whiskey and rum. Each is modeled after familiar cocktails and contains more than 50 percent beer.

“This is about transforming something that’s approachable and familiar into something brand new and opening up new occasions for Blue Moon,” Pratt says. “Blue Moon, with its bright, citrus elements from orange zest and a hint of subtle spice from coriander, is the perfect foundation to start layering flavors on top of. It has all the elements you’d want to make a cocktail from.”

The most successful modern cocktails, Pratt says, layer flavors and strike a balance with the amount of spirit and mixer. Because Blue Moon Belgian White is unfiltered and built on a malt bill that contains white wheat and oats, the beer adds body and texture to cocktails. It also lends effervescence with the added benefit of flavor. Instead of choosing a flavorless soda water to add carbonation, for instance, swapping in Blue Moon brings the same spritz and refreshment while adding accretive flavors to the drink, he says.

The cocktail recipes “offer an interesting way to introduce Blue Moon to new legal-age drinkers as well as get bartenders to consider the brand as part of their cocktail-building arsenal,” says Cris Rivera, senior director of national crafts for MillerCoors. “The end goal of the program is to sell more Blue Moon draft handles into key bars and restaurants, an ongoing focus for the brand on its journey to the No. 1 most-distributed tap handle in America." 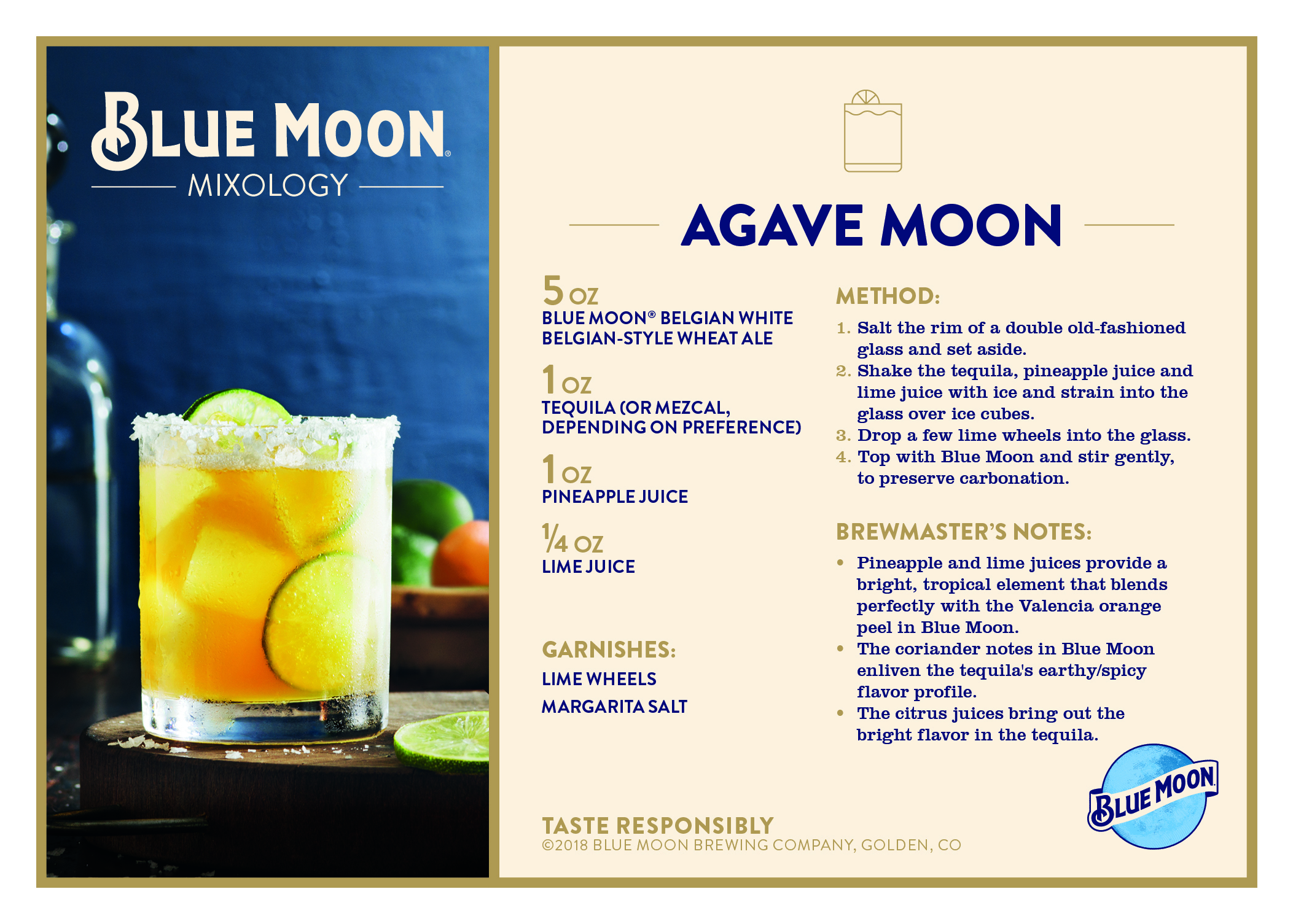 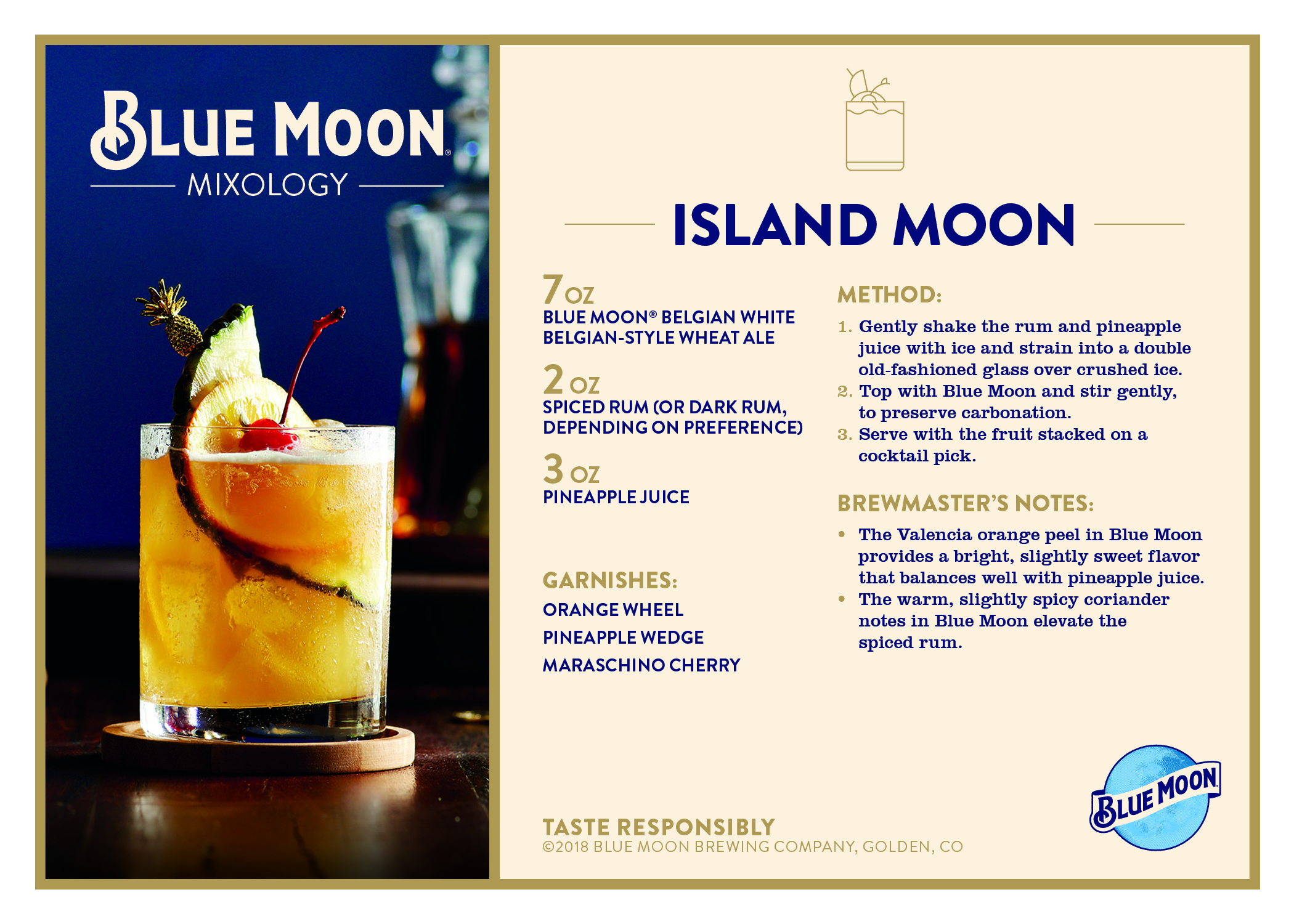 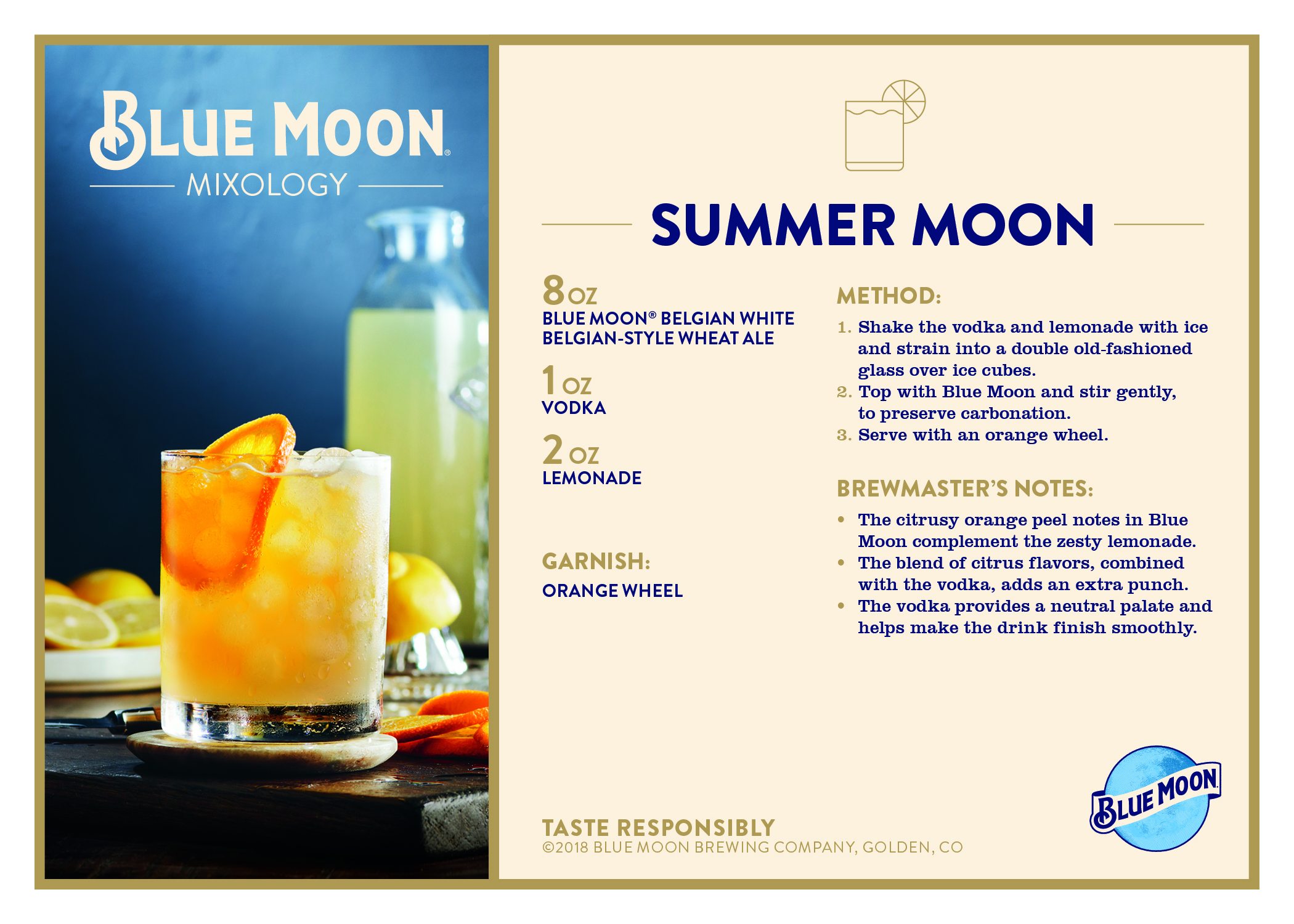 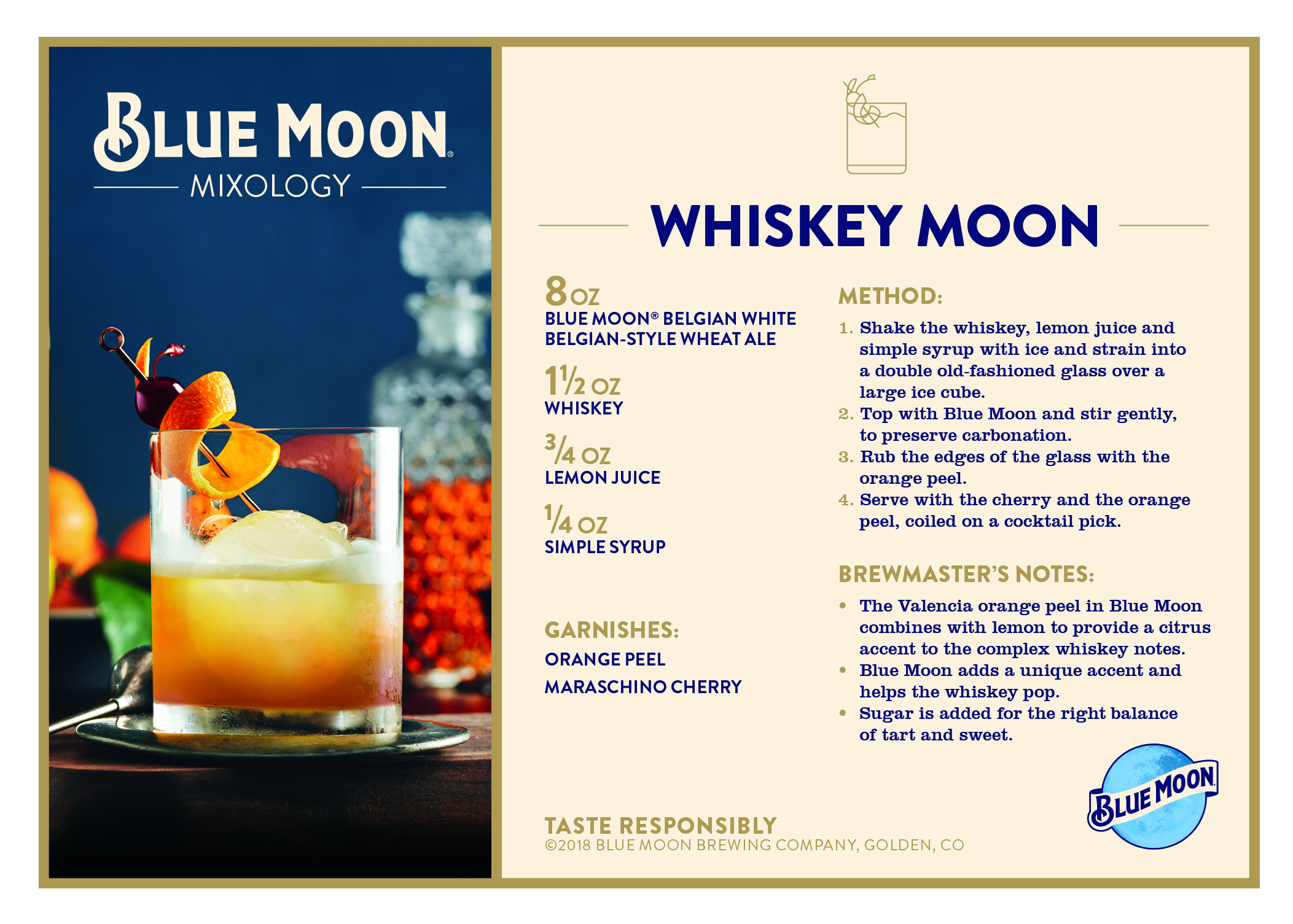