Fans asked Henry’s Hard Soda to make grape, so it did.

Then the fans came through.

Henry’s Hard Grape is the No. 2 new item in the beer category for the 26 weeks ended April 8, according to Nielsen data. (No. 1 is the new Keystone Light 15-pack.)

And Hard Grape six-packs have only been on shelves since Feb. 1.

In the same time period, Henry’s Hard Grape was the fastest-moving flavor in the hard soda category (just ahead of Henry’s Hard Orange), the data show.

That means more cases of Henry’s Hard Grape are being sold per placement than any other hard soda on the market — a strong position heading into the busy summer selling season.

This excitement has helped Henry’s Hard Soda maintain its spot as the No. 1 hard soda brand in the country by case volume and share, according to the latest Nielsen data.

The leader in hard sodas

Being No. 1 in hard sodas is the stated ambition of MillerCoors, which sees the segment as a long-term opportunity.

“We continue to stay on-top in the hard soda category because we are committed to bringing Generation-Xers an adult spin on flavors they know and love,” Josh Wexelbaum, marketing director of emerging brands at MillerCoors, said when grape was launched.

The success of Hard Grape — with grape flavor and subtle citrus aroma — is partly because MillerCoors got behind the flavor with a robust marketing plan that includes TV, print, out-of-home advertising, PR, and social and digital media.

It’s also because of fans like Jimmy D. and Ben G. 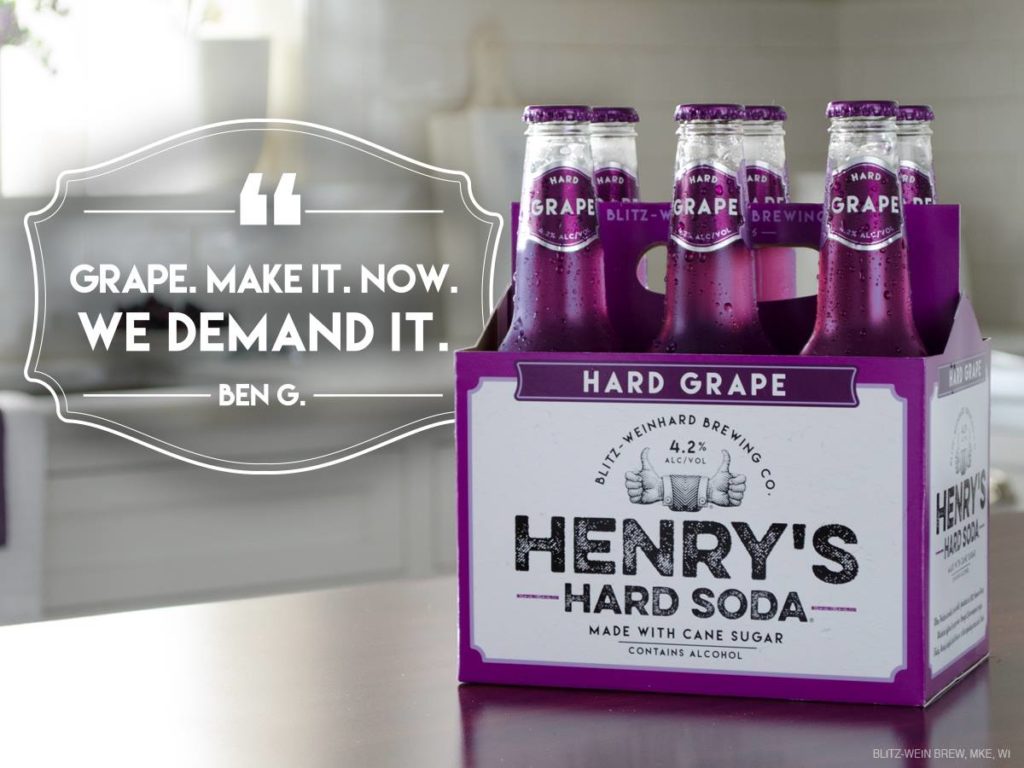