After a 119-day delay, baseball is back. Finally.

And, like fans and players across the country, Leinenkugel’s is eager to get back on the diamond. To celebrate 2020’s opening day, the brand is teaming up with 2018 league MVP Christian Yelich to give 119 fans a chance to win cash toward Summer Shandy and Yelich-autographed baseball caps, one for each day the season has been delayed.

Sidelined in the wake of a global pandemic, the sport resumes tonight, kicking off a 60-game season that will be played in empty stadiums.

“Fans are so excited about baseball returning, but they’re bummed it’s not going look quite the same,” says Erica Morris, senior marketing manager for Leinenkugel’s. “So we’re trying to give fans something special to experience at home, and what better way to do it than partnering with Christian? Together we want to bring some celebration to the fact that baseball is back and try to help fans make the most out of watching from their homes.”

Leinenkugel’s kicked off the promotion this week on its social media channels. To enter the sweepstakes, fans in select states age 21 and older need to follow Leinenkugel’s on Facebook or Instagram and comment on the post featuring Yelich. Entries will be accepted through July 28, when 119 winners will be randomly selected. Winners can expect to receive their signed Leinie hat and a $10 Venmo deposit to go toward a sixer of Summer Shandy in August.

Leinenkugel’s and Yelich teamed up in May, extending an existing relationship between the Milwaukee slugger and the 153-year-old brewery, which donated $10,000 to Yelich’s efforts to provide meals to health care workers in southern Wisconsin.

While the season was on hiatus, Yelich and Leinenkugel’s President Dick Leinenkugel joined more than 1,000 fans in May for a virtual happy hour on Instagram Live, where they talked baseball, beer and the outfielder’s routine while staying at home.

Yelich also will be featured in branded point-of-sale advertising, a 6-second spot on social media and a pair of radio spots throughout the baseball season, Morris says.

“Not only are we looking forward to baseball season, we’re really excited to begin our partnership with Christian to drive home Leinenkugel’s association with baseball and our relationships with fans in the Great Lakes, particularly in our home state of Wisconsin,” Morris says.

The brand also plans to air TV spots during baseball games that feature Summer Shandy, which is in the midst of a bounce-back summer, and new Leinenkugel’s Spritzen, a beer with a splash of seltzer that’s off to a nice start in its first year on the market, Morris says. 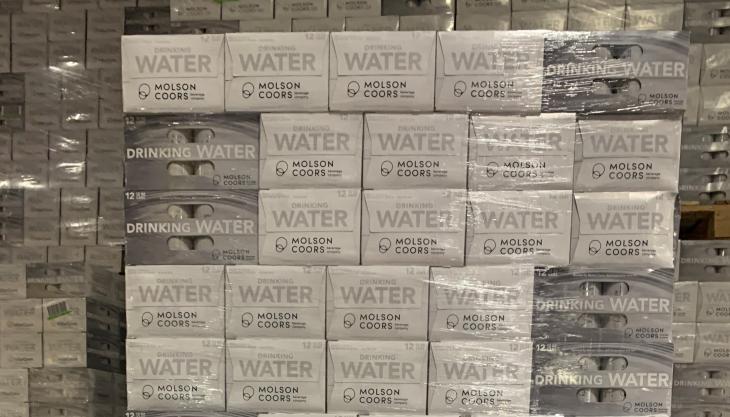