Whenever I tell someone Blue Moon Brewing Company has a new Cinnamon Horchata Ale, I get the same reaction. Surprise, excitement and intrigue cross the person’s face before they say, “Whoa, what does it taste like?”

I had the same response when I heard Blue Moon’s founder and head brewmaster, Keith Villa was working on a horchata beer. I couldn’t wait to try it.

It’s a natural reaction, as horchata and ale are vastly different drinks. But they’re both delicious, so the combination is incredibly intriguing.

Horchata is a traditional Latin American drink typically made with rice, sweetened with sugar, and spiced with cinnamon. It’s refreshing. It’s flavorful. And it goes great with all types of food.

So what does Blue Moon Cinnamon Horchata Ale taste like?

At MillerCoors we embrace a tasting ritual called AATMF, which is alphabet soup for:

Whenever I try a new beer ―especially a beer as unique as a Cinnamon Horchata Ale― I silently engage in this ritual. It helps me enjoy the sensory experience of imbibing a beer. It also gives me an answer to the question, “Woah, what does it taste like?”

Here’s the AATMF our brewing team put together for Cinnamon Horchata Ale. 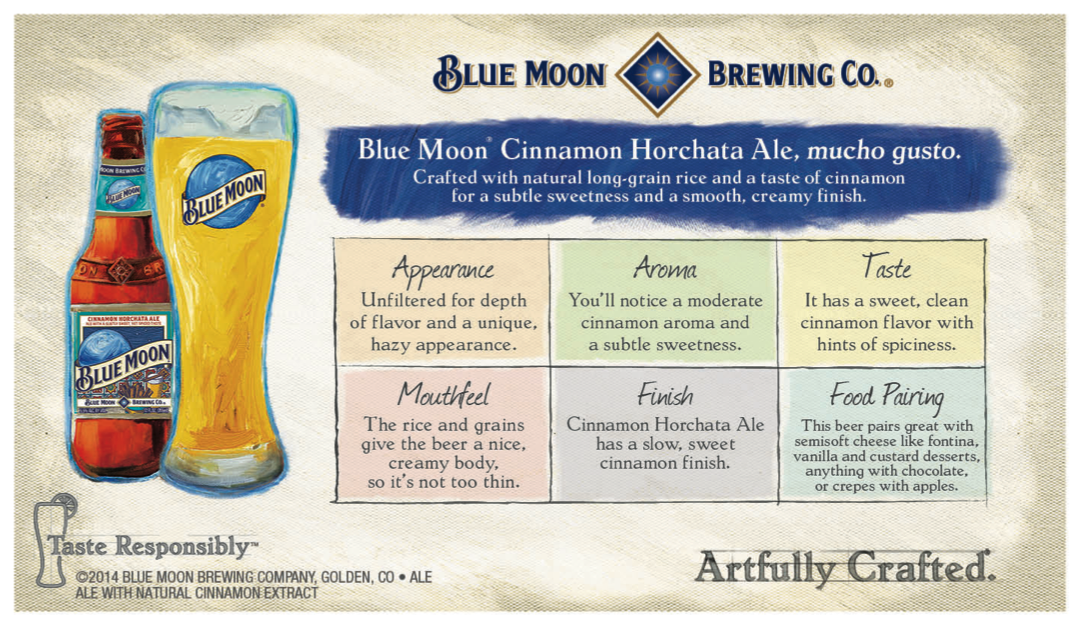 Cinnamon Horchata Ale makes its national debut this month in Blue Moon’s Fall Brewmaster Sampler Pack. If you’re anything like me, you’ll want to try this outstanding new beer the first chance you get. 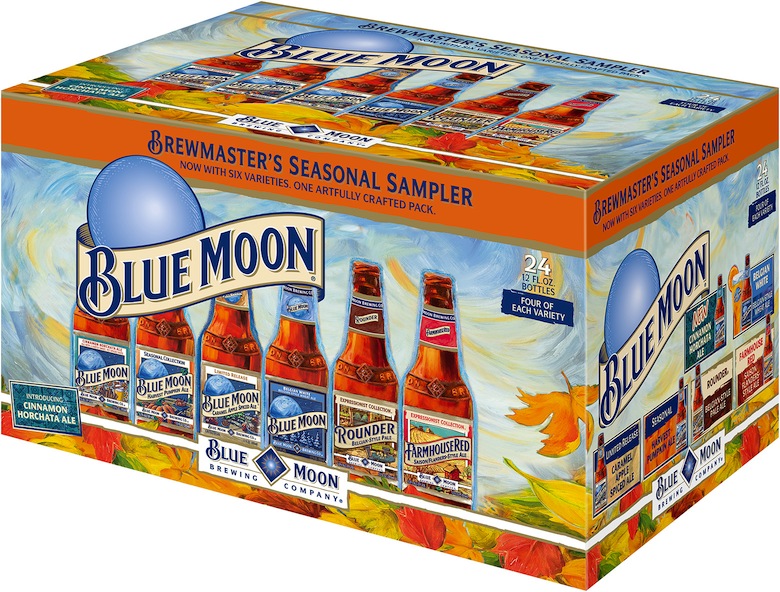