Following its successful launch, Simply Spiked Lemonade, a collaboration between Molson Coors Beverage Company and The Coca-Cola Company, is now gearing up for a full-fledged marketing blitz, starting today with a series of ads set to air across TV, digital, social, Spotify and out-of-home in select markets.

“This is a perfect, serendipitous moment for us to bring a spiked product to the world as the juice brand actually celebrates its 21st birthday this summer,” says Joy Ghosh, vice president of marketing for above-premium brands and flavored malt beverages for Molson Coors. The ads will air during marquee programming, including some of TV’s most-anticipated shows.

When Simply Spiked Lemonade launched last month, it was declared “the drink of the summer,” and if early sales data is any indication, it’s earning that distinction.

After just four weeks in market, Simply Spiked Lemonade has sold over 6 million cans and earned a 3.6 dollar share of the flavored malt beverage segment, according to IRI multi-outlet and convenience store data, a testament to just how much consumers are excited by its launch.

“It shows there’s real consumer pull and excitement behind the launch so far,” says Ghosh. "All the data says we’re off to a fast start with potential for much more.” 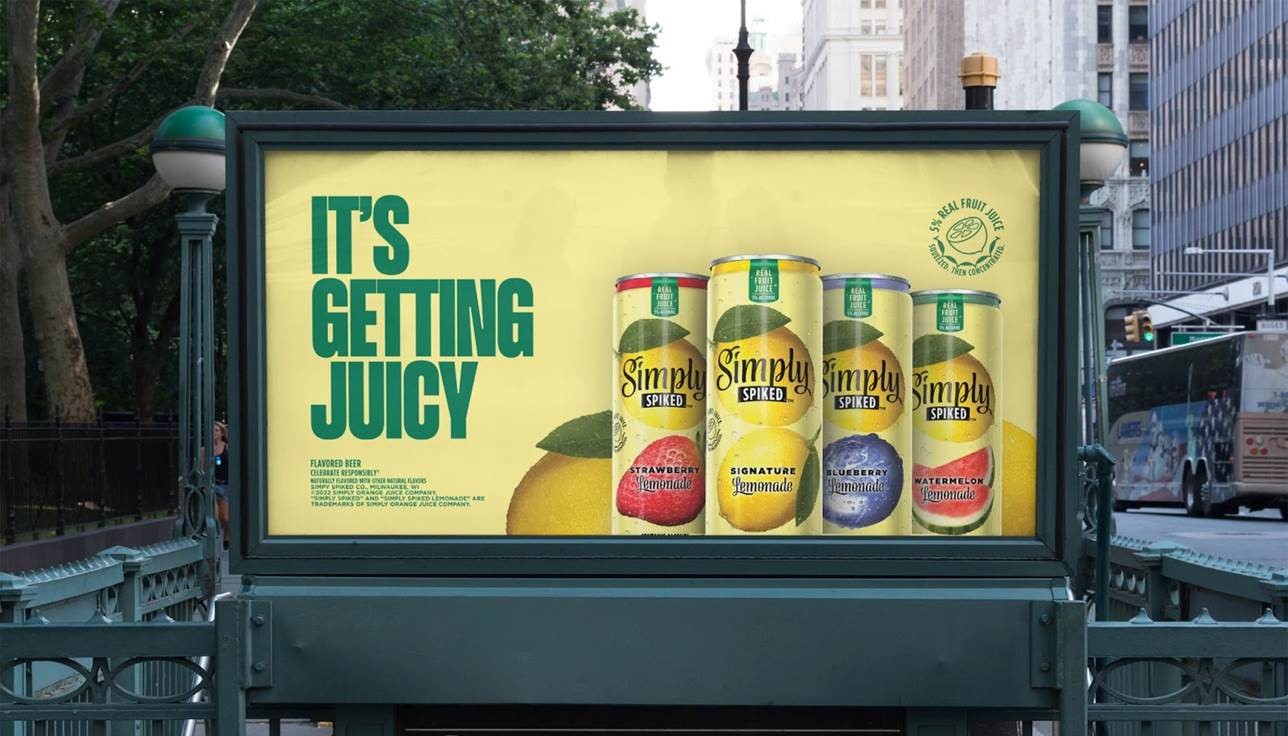 “We’re ramping up supply to keep up with excitement around the brand, and the supply chain moved mountains to ensure we can handle more production and are ready for the future,” Ghosh says.

“Simply Spiked Lemonade is on fire,” he says. “We’re ready to celebrate its 21st birthday and keep the party going all summer long.”