“With better ingredients, organic certification and zero sugar, we think Coors Pure sets itself apart,” Jones says. “These are things people are looking for in an above-premium light beer, without sacrificing flavor.”

Coors Pure, which checks in at 3.8% alcohol by volume with 92 calories and zero sugar, is a light lager with a subtle malt sweetness along with low bitterness and a slight citrus hop notes. With a light and effervescent mouthfeel, it finishes clean and crisp with low aftertaste.

“It’s a beer for almost every beer drinker and every occasion,” Jones says. As Coors Pure launches nationally, it’s also introducing a citrus version in the northeast. The brand launched in Canada last spring as Coors Organic.

Available in 12- and 24-packs of slim cans, as well as single pints and 24-ounce cans, Coors Pure complements the Coors family of brands with its organic pedigree.

Products can earn USDA organic certification when they’re made of ingredients that do not use synthetic fertilizers, pesticides or dyes.

Organic goods have continued to grow in popularity as consumers weigh the health and environmental benefits of these products. And amid the coronavirus pandemic, health and wellness attributes, such as natural ingredients and less sugar, have taken center stage among consumer products.

Sales of organic beer also have steadily been growing, totaling $114 million in 2019, a 5% increase from the year before, according to the Organic Trade Association.

As awareness of organic beer has grown, so have offerings from brewers, including Anheuser-Busch, which launched Michelob Ultra Pure Gold in 2018. Several craft breweries dedicated to organic beer have cropped up in recent years, as well, such as Maine’s Peak Organic Beer Co., and Chicago’s LaGrow Beer Co.

While Coors Pure is Molson Coors’ first organic beer in the US, in the last year, it has introduced a number of new products that appeal to health-minded consumers. Vizzy Hard Seltzer, for instance, is made with acerola cherry containing antioxidant vitamin C, while new beyond-beer products such as MadVine and Huzzah! include little or no sugar and no artificial ingredients. Molson Coors' partnership with Dwayne “The Rock” Johnson netted ZOA, an energy drink infused with vitamins, green tea and other natural ingredients.

Coors Pure, with its low-calorie count and zero sugar, is not the only Molson Coors product looking to siphon drinkers away from Michelob Ultra, which has positioned itself the beer of the active set. Miller Lite launched a broadside against the fast-growing competitor this year, first with a TV spot and then with a promotion around football’s championship game, noting how it has just one calorie more than Michelob Ultra.

“We think Pure can change people’s expectations of a light beer and change the way people see the category,” Jones says. 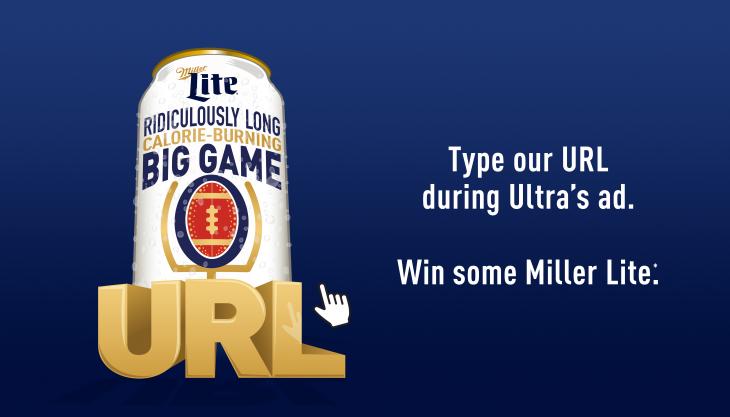